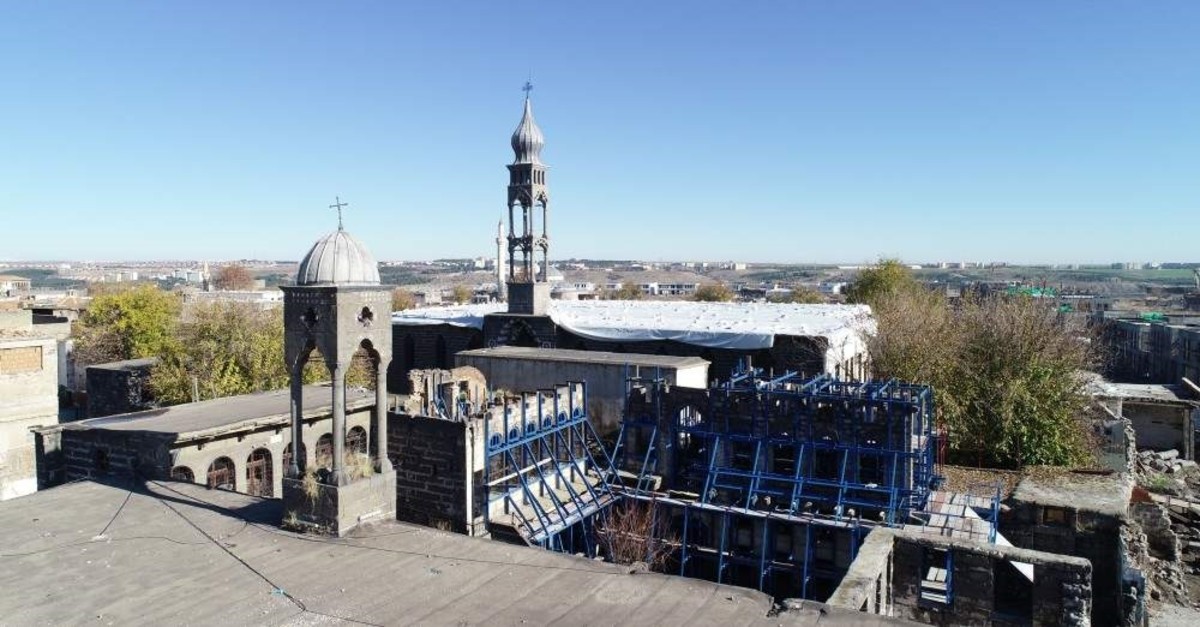 Four churches in the southeastern city of Diyarbakır will be returned to their former glory by the end of next year, authorities say, as their renovation following attacks by the terrorist group PKK continues.

Armenian and Chaldean churches in Diyarbakır were heavily damaged when the supporters of the terrorist group started riots in 2015. Counterterrorism forces managed to quell the riots and brutal attacks after months-long clashes, but the attacks damaged and demolished many buildings as well as historic mosques and churches. Among them were Surp Giragos, one of the largest Armenian churches in Turkey, which was built in 1376, and the Mar Patyun Chaldean church.

The Ministry of Environment and Urban Development is behind the restoration and renovation work. Abdullah Çiftçi, district governor of Diyarbakır's Sur where the churches are located, says a budget of TL 30 million was earmarked for the work, and the renovation would end by the end of 2020. Çiftçi says the restoration and renovation are being held with consultation from representatives of the Armenian and Chaldean community to restore the worship houses to their original state.

Diyarbakır, particularly its historic Sur district where the churches are located, was the scene of attacks and clashes in 2015 between security forces and the PKK, whose campaign of violence plagued southeastern Turkey for decades. Though the city has its peace back, the damage from the conflict was significant, with major demographic changes as buildings were destroyed and people were forced to leave. Today, the city is set to rise from its ashes as reconstruction work continues with several plans for the terror-stricken people to get their homes back. Thousands of houses damaged in the violence are being renovated, while more than 26,000 houses were rebuilt from scratch.