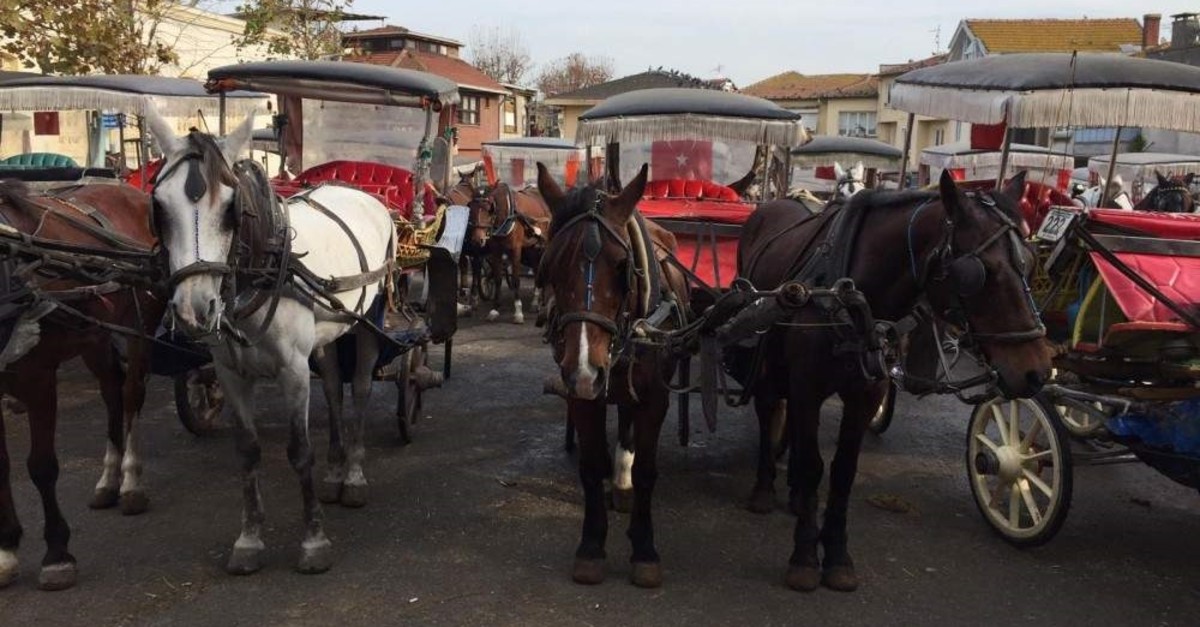 The Istanbul Governorate imposed a ban on horse-drawn carriages on Istanbul's Princes' Islands Friday after 81 horses were culled due to a glanders outbreak. Authorities announced Thursday that horses were euthanized in Büyükada, one of the Princes' Islands, after they were diagnosed with the highly infectious and often fatal glanders disease.

Gov. Ali Yerlikaya said Friday that they would run health checks on horses on the islands and decided to impose a ban on the use of horse-drawn traditional carriages for the next three months.

Horse carriages have been a staple of the islands' culture and the main means of transportation and sightseeing for tourists visiting the islands. However, the treatment of the horses by their owners also drew public fury. A group of animal rights activists staged a sit-in Friday outside the Istanbul municipality, calling on Mayor Ekrem İmamoğlu to fulfill his election promise to ban horse carriages.

The governor said that they took all measures to stop the outbreak and held an extraordinary meeting on the issue with other officials. He said they decided to impose the ban at the meeting and blamed "unhealthy" stables as the likely cause of the disease. The governor continued, saying that unregistered stables will be immediately demolished while a quarantine stable will be set up for horses. Authorities also banned entry and departure of odd-toed ungulates (horses, donkeys, etc.) from the islands. Yerlikaya said they would also file a criminal complaint for the owners of the 81 culled horses for endangering animals, human health and the environment over the outbreak.