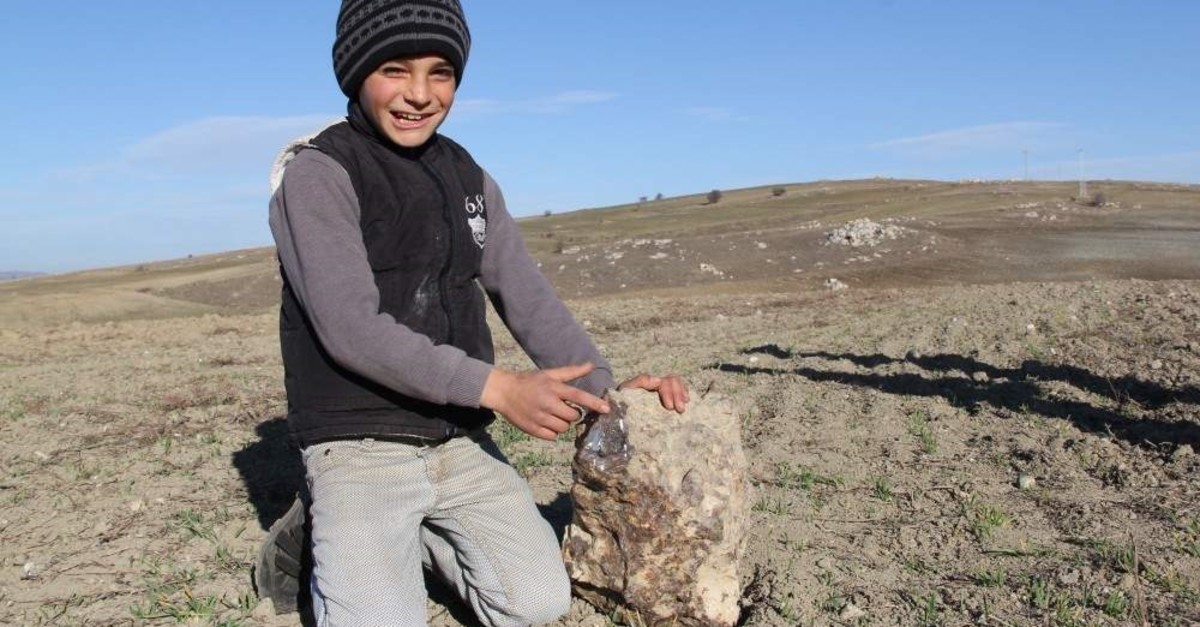 Çorum, in central Turkey – a city which claims to lie at the official center of Earth – has shot to fame once again as home to the third-largest meteor to fall on Turkey.

The meteor, weighing in at 68 kilos was found by Mutlu Yılmaz, a farmer in the village of Gerdekkaya, who was tending to his chickpea field when he came across the rock last April. It was recently certified as an iron meteorite by NASA and UCLA scientists, İhlas News Agency (İHA) reported.

A sample from the meteorite was sent to the United States thanks to the help of a U.S. resident who hailed from the village.

Yılmaz says he stumbled upon the meteorite when he was removing stones from the field in line with the harvest season. "I saw a few big rocks and tried to remove them so that they would not damage the combine harvester. One of them was very heavy and I asked for a friend's assistance. We checked it together and tried to break it into pieces. We suspected this was unnatural and decided to take it to the village," he says about his discovery of the meteorite. Then, he contacted Cevdet Erdoğan, a local who settled in the United States a number of years ago, who said he would contact NASA.

"We sent them samples and recently received confirmation that it was, indeed, a meteorite. Yılmaz says they also asked Turkish authorities to confirm the authenticity of the meteorite but decided against when they were asked to pay for the service.

He says that the examination results showed the meteorite contained cobalt, nickel and a number of other elements revealing its unearthly nature and that they planned for it to go on display at a museum.

Çorum is famed across Turkey for its roasted chickpeas and most recently hit the news in 2016 when a social media debate arose regarding a 2003 calculation by NASA, which posited the city as the geographical center of the Earth. The claim was championed by locals, seeking to cash in on tourist dollars with the mayor inviting tourists from all over the world to see the city, once the seat of the Hittite civilization.

In 2015, several meteorites landed on an uninhabited location in Sarıçiçek, a small village in eastern Turkey's Bingöl province. Villagers earned over TL 1 million from the sale of the meteorites, which was later confirmed have broken off from the larger asteroid "Vesta."