Back to Turkey: Top defense contractor to reverse brain drain 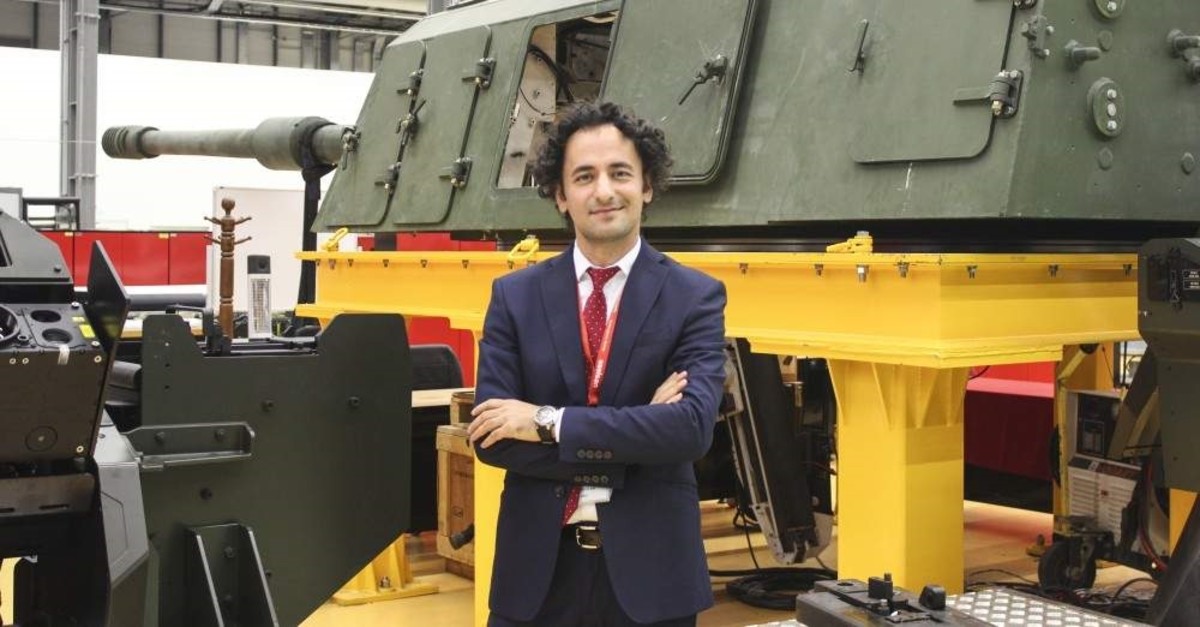 Ula? Arslan returned to the company where he worked for nine years after leaving it for postgraduate studies in the United States. (AA Photo)
by Daily Sabah with AA Dec 23, 2019 6:39 pm

ASELSAN, one of Turkey's biggest defense companies, has joined efforts to reverse the brain drain and boost talented manpower needed by the growing country.

As Turkey taps into its potential to develop "local and national" products, from unmanned drones to battleships, the defense giant is presenting a series of incentives for Turkish experts living abroad to bring them back home.

This year, 25 people returned to Turkey to work for ASELSAN, up from only three last year. The defense company hopes to benefit from the experience of these new employees, who previously worked in countries like the U.S., the U.K. and the Netherlands.

"Back to Turkey" requires returnees to commit to a contract of at least two years. In return, their fees for return are covered by the company. ASELSAN also regularly attends job fairs abroad organized by the Human Resources Office of the Turkish Presidency to attract talents from countries like the U.K., Germany, Uzbekistan and South Africa.

ASELSAN Deputy Director Hakan Karataş told Anadolu Agency (AA) that they launched the project six months ago. "We saw several employees leaving the company for education or work abroad and sought to detect what drove them to leave the company. We contacted former and current employees to attract these people back to the company," he said. Karataş said young engineers, in particular, seek to gain experience abroad while some see uncertainty in their future career in Turkey.

"We reached out to 22 people and expect three others to return so far. The company has expected talented names to apply for jobs but our real duty is to find them on our own," he said.

Karataş said they found Turkish engineers chose the Netherlands in particular in recent years. They held four days of talks with about 30 former ASELSAN employees in the country, telling them "the doors are always open" for them if they want to work for the company. He said former employees told them there was a more organized environment for living and working abroad though social and economic conditions were not as attractive as they expected.

"We believe that, in about three years, many other people will return to Turkey. Be it ASELSAN or another Turkish company, if we set up branches there, for instance in Germany or Netherlands, many of those people will apply," Karataş said. He added that they would visit the Netherlands again in the near future upon rising demand for returns from there.

Turkey is already aiming to attract qualified researchers from other countries with a new scholarship program initiated by the Ministry of Science, Industry and Technology. Within this program, scholarships as high as TL 500,000 are being given to young researchers and TL 1 million for more experienced researchers. Researchers will receive a TL 20,000 or TL 24,000 scholarship per month depending on their experience level. Scholarship holders are to receive financial support for 24 to 36 months for the projects they work on.

Turkey has recently sought to ramp up its research output, particularly in the fields of science and technology. President Recep Tayyip Erdoğan emphasized technological advancement in his 100-day plan unveiled last year and called on Turkish scientists to return home from abroad.

The country's earlier efforts to bring back its academic diaspora ensured the return of more than 595 researchers to Turkey in the past nine years after they pursued a career abroad. The Scientific and Technological Research Council of Turkey (TÜBİTAK) has already drafted an inventory of Turkish scientists living abroad and offered scholarships in order to reverse the brain drain, in cooperation with the European Research Council.

Karataş said they do not view those leaving for abroad as lost brainpower but rather, "people who will contribute greatly to Turkey by applying what they learned there here in our country." To improve itself, ASELSAN has modified its organization, expanded social activities it offers to employees and taken several steps for personal development to make the company a better place for employees.

ASELSAN also plans to divert returnees to other companies if their employee quota is filled, including the company's suppliers. So far, they expect 75 people to return to work for the company.

Ulaş Arslan, who took up a job with ASELSAN in 2009, is among the returnees. After working for nine years, the veteran engineer, who worked on the Atak helicopter project and electro-optics projects, quit the company last year to pursue post-graduate studies in the United States. One year later, despite offers from other companies, Arslan opted for ASELSAN. "I worked on important projects in Turkey and this was a really pleasant experience for me. What made me return to ASELSAN was the opportunity to work on national projects," Arslan told AA. "The working environment here and the approach of executives to employees left a positive impact on me. I had the opportunity to work in high-paying jobs but you can't buy the pleasure of working on such important projects," he said.

Adnan Gündel, another engineer, worked for ASELSAN for five years before leaving for the United States in 1990. After working in radio-frequency microelectronics at several companies, he decided to return to ASELSAN last year. He said the defense company has shown "great development" since he left. "It is important to see the company invest in the field I worked in. Turkey has been subject to limitations in this field; we either faced obstacles in the acquisitions in materials or failed to produce equipment with the same capacity of our foreign peers," he said.
RELATED TOPICS