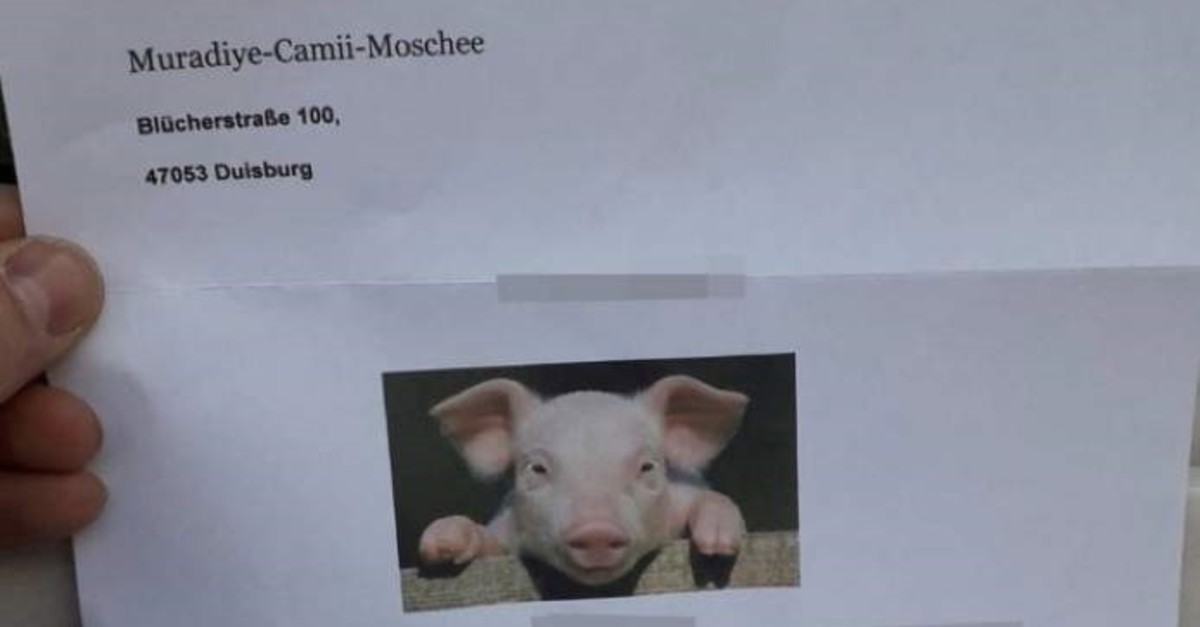 A mosque in the German city of Duisburg received hate mail over the weekend, mosque officials said Monday, adding that they would inform the authorities as soon as possible.

The official, who works at the city's Muradiye Mosque, said the letter arrived on Sunday from Munich – the name and address of the sender most likely being false.

Not only did the letter insult Islam, Turks and Arabs, but also contained an image of a pig and was signed PEG, the acronym "Prinz Eugen Gruppe." Prinz Eugen Gruppe was the name of a Nazi cruiser warship that served in World War II.

The mosque is run by the Turkish-Islamic Union for Religious Affairs (DITIB), one of the largest Islamic organizations in Germany, founded in 1984 as a branch of Diyanet, Turkey's top religious body.

Mosques in Germany, where anti-Muslim sentiment has risen following an influx of Muslim refugees, are occasionally subject to attacks, ranging in form from the throwing of Molotov cocktails to the dumping of pigs' heads in the mosques' vicinities. German police have been criticized for their failure to identify suspects in response to such acts.

Germany, a country of over 81 million people, has the second-largest Muslim population in Western Europe after France. Among the country's nearly 4.7 million Muslims, 3 million are of Turkish origin. Many Germans of Turkish descent are second and third-generation descendants of Turkish immigrants who moved to the country during the 1960s.