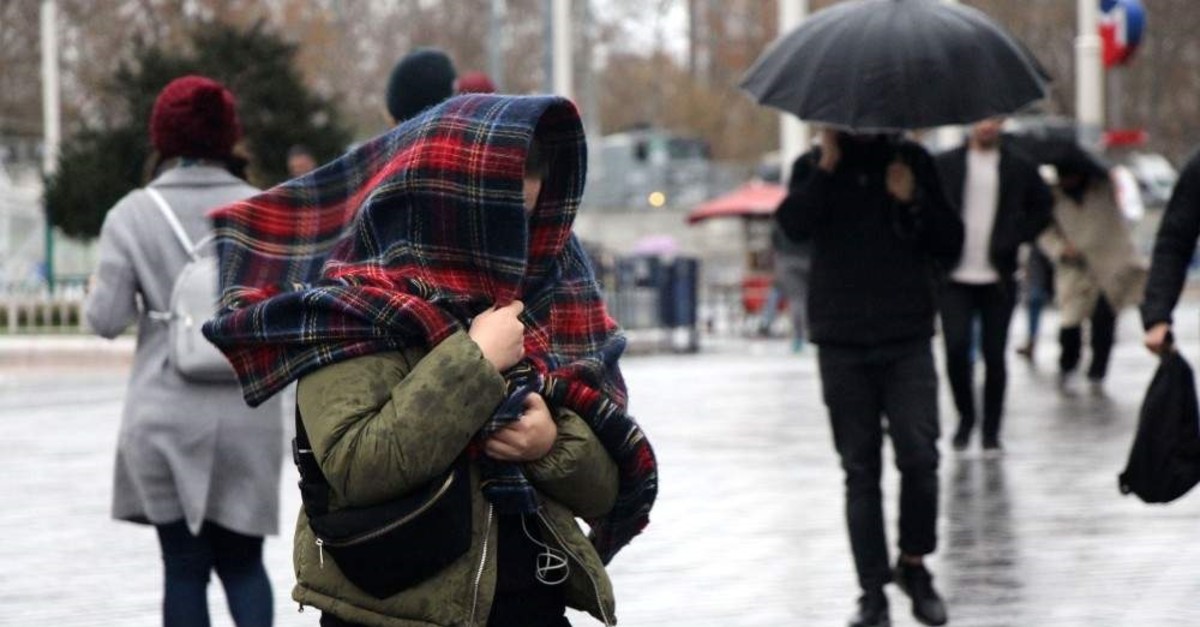 Turkey is set to welcome the new year with a weather front that will see heavy rainfall and storms across the country's western, southern and northern regions, while temperatures are already below zero in some cities in the east that have already seen snowfall.

Starting late Sunday and reaching its peak on Monday morning, southwesterly winds and downpours will grip the northwestern, western, southern and central parts of the country, Turkey's General Directorate of Meteorology said.

Heavy rainfall has already disrupted daily life in western Izmir province, with the downpour causing the flooding of some stores in the Historic Kemeraltı Bazaar complex in the city.

The rain also caused the water levels in a stream in western Muğla province to increase and a sustaining wall collapsed due to the overflow.

Some of the ferry services, including those between Istanbul and northwestern Bursa province, along with the innercity services in Istanbul were canceled due to the southwesterly winds.

The country's weather forecasting body has said that the heavy rainfall will turn into snowfall or sleet by the end of the week in the central and eastern parts of the country.