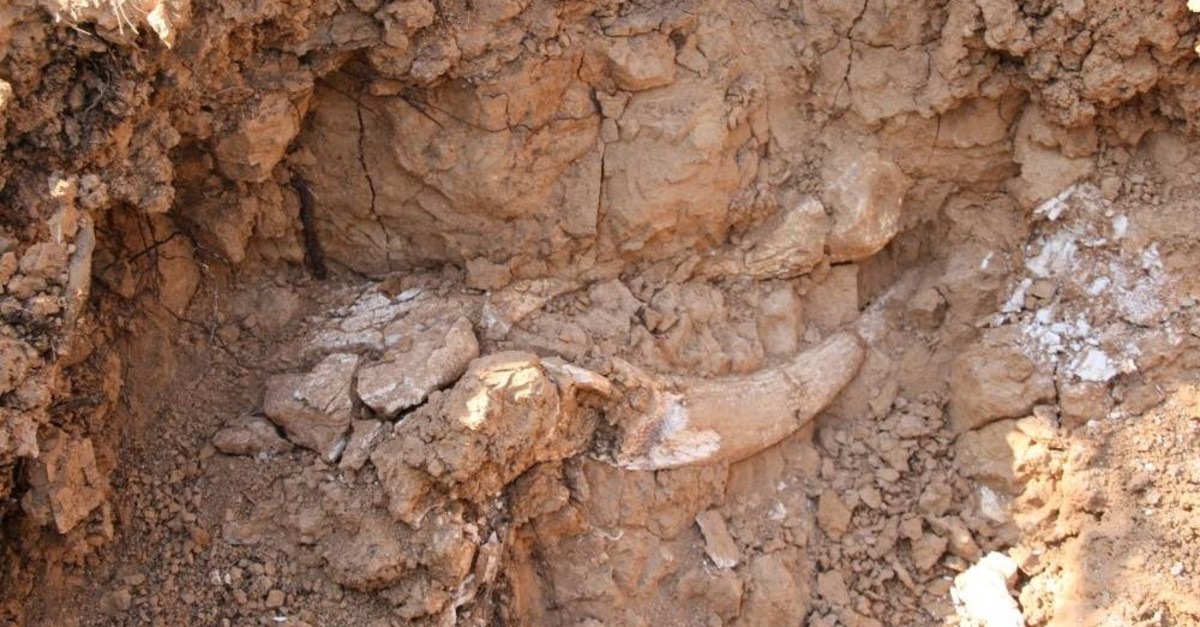 The discovery came during a survey conducted in the area by a group of scientists from Turkey and a Parisian museum.

The scientists estimated the finds to date back at least 1.2 million years, with the oldest guesses stretching back 9 million years.

They said the fossils belonged to three different Cavicornias and a giraffe from the Miocene epoch, which occurred seven to nine million years ago, as well as mammoth, rhinoceros, horse and deer fossils from the Pleistocene epoch.

The study was led by Ahmet İhsan Aytek, an anthropology professor at Mehmet Akif Ersoy University, who said that the discovery of fossils of creatures such as mammoths and rhinos proved that Anatolia was once rich in animal life. Aytek added that such a well-preserved mammoth find was thought of as impossible, even in Europe, describing it "a significant discovery."

It is of particular importance that these animals inhabited the area alongside ancient people, he noted.