Man who killed 5 in Konya gets five life terms 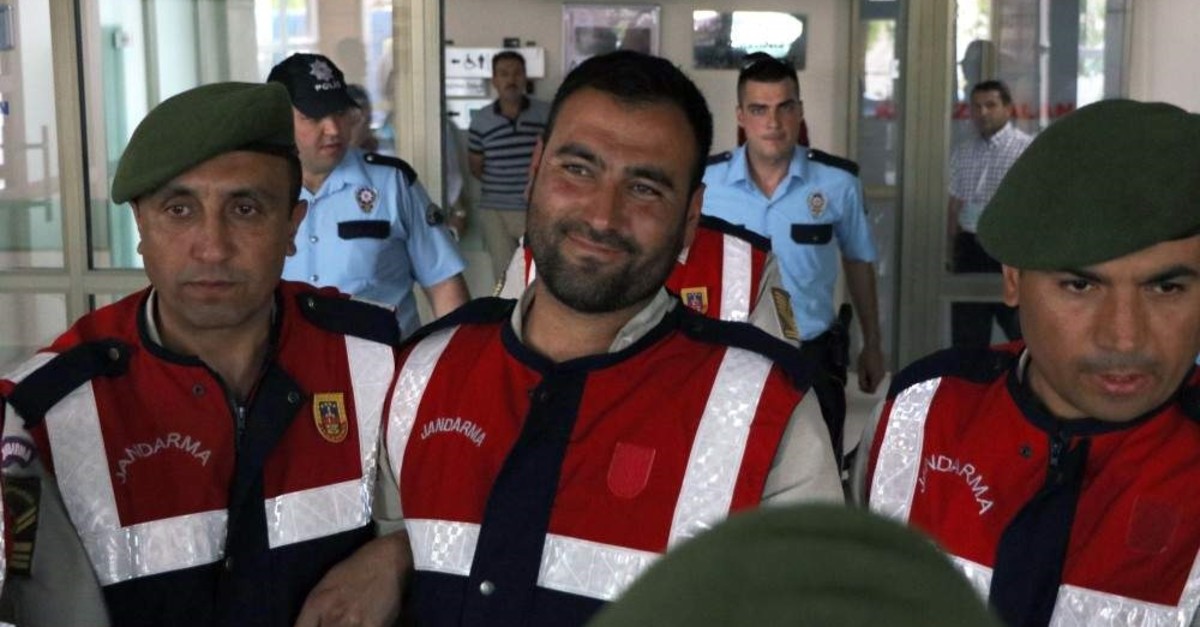 Gendarme officers accompany the suspect, dressed in gendarme uniform as a safety measure, after his capture in this 2017 photo. (AA Photo)
by Daily Sabah Dec 24, 2019 7:29 pm
The suspect in a chilling massacre in central Turkey's Konya in 2017 was handed down five instances of aggravated life imprisonment and an additional 54 years in prison by a court Tuesday.

Thirty-one-year-old Atılgan Kümür was convicted of the murders of his five relatives in a village in Konya's Cihanbeyli district. He had claimed he was "an intelligence agent" while blaming his victims for "mocking him and calling him crazy." The court in Konya ruled out that he was mentally unstable and ordered his imprisonment on charges of deliberate manslaughter, invasion of privacy and property damage.

Kümür went door-to-door on the day of the murder, June 12, to kill his relatives, including three men and a woman between the ages of 50 and 70, with a modified shotgun.

Göksel Karagöz, a lawyer for the families of the victims, said Kümür was caught by local gendarme when he returned home after the murders. "He said in his testimony he went back home to eat as he was hungry. It was apparent he would continue his killing spree if not caught," he said.

After his capture, Kümür said he would have killed the "entire village" if not caught. A search of his home found a large cache of shotgun munitions as well as a large number of murder mystery books.
RELATED TOPICS