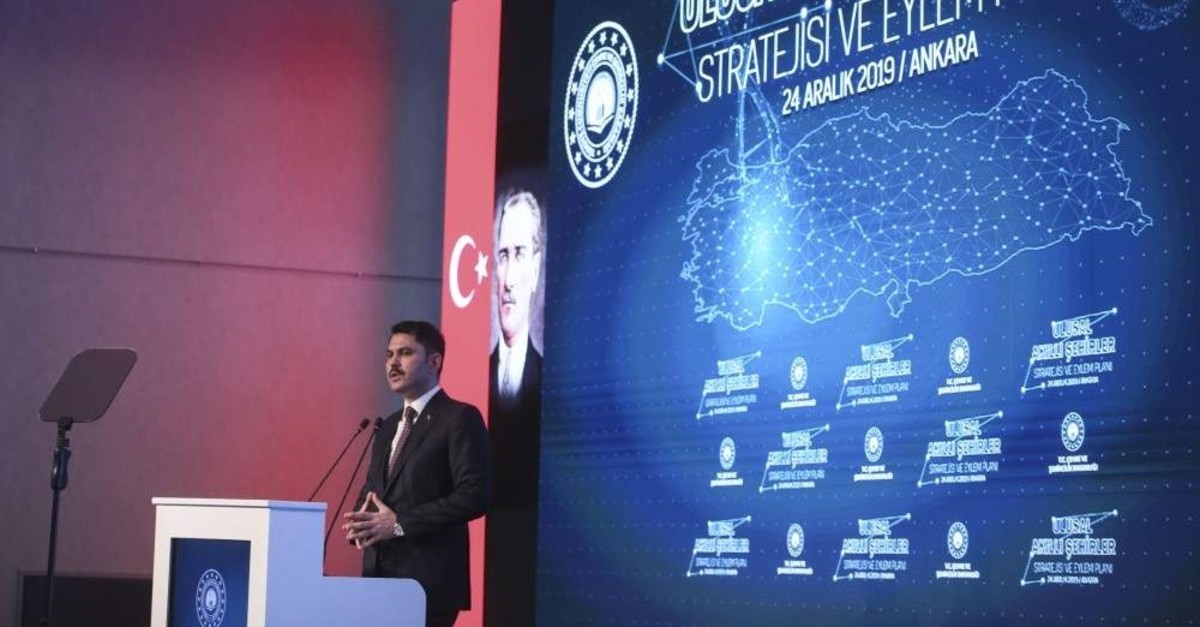 As its economic and population growth continues, Turkey seeks steps to improve its cities which have long suffered from haphazard planning and uncontrollable growth in population. To this extent, the government rolled out its 2020-2023 National Smart Cities Strategy and Action Plan.

The plan, a result of work and consultations between ministries, local administrations and smart city suppliers, was introduced in the capital Ankara by the Minister of Environment and Urban Development Murat Kurum. It is the first of such plans in Turkey and for Kurum, it is an important step in Turkey's history of urban planning.

In the first step, strategy papers will be sent to 81 provincial administrations to be implemented and a Livable City Index will be created. Around "87% of our cities lack a monitoring system for smart cities. We will run some sort of IQ tests to see the levels of our cities for adaptation into the smart city project," he said.

Among the most tangible benefits of smart cities, Kurum listed a 45% saving in the cost of waste collection and transportation thanks to smart waste collection systems and more recyclable water with smart systems that can be installed in wastewater treatment facilities. The plan also foresees a considerable decrease in fuel costs for cities. The government will provide financial incentives and funds to municipalities and entrepreneurs for transforming cities into smart cities. It will also increase human resource capacity to work in the field.

The Livable City Index and regular monitoring will track changes in cities and update its needs. Minister Kurum said that Istanbul, for instance, has to spend more than TL 1 billion to collect waste and transport it. "Smart waste systems can monitor the capacity of garbage containers and show if they are full, if the garbage is sorted correctly through software and sensors. This, in turn, helps us to decrease transportation cost for the waste. Water wasted in water grids sometimes reaches 50% and we can decrease it to 5% thanks to smart systems.

The plan and strategy contain 40 steps developed due to survey and analysis in 400 municipalities across Turkey. The minister said it was the fourth of such plans and strategies in the world after the United States, the Netherlands and Australia announced their own steps to enhance and develop smart cities.

The government will focus on the emergency needs of cities and create a network of smart cities with smart city strategies peculiar to each city. "For instance, if the floods due to heavy rainfall stemming from climate change is the primary problem in Artvin [a northeastern city], we will concentrate our efforts on this problem. If there is a traffic problem too, this will be a secondary matter in adapting to the smart city concept. In the case of Artvin, we will be able to monitor precipitation levels moment by moment thanks to smart systems integrated into our action plan against climate change in the Black Sea region [where Artvin is located]," Kurum said. Based on precipitation levels, authorities will be able to establish smart water grids and smart response applications against disasters, from floods to earthquakes.

Kurum said every city will implement smart systems, from disaster management applications to smart emergency. He said this priority-based approach will save cities from the unnecessary waste of resources, prevent waste of investment and bring an efficient use of time.