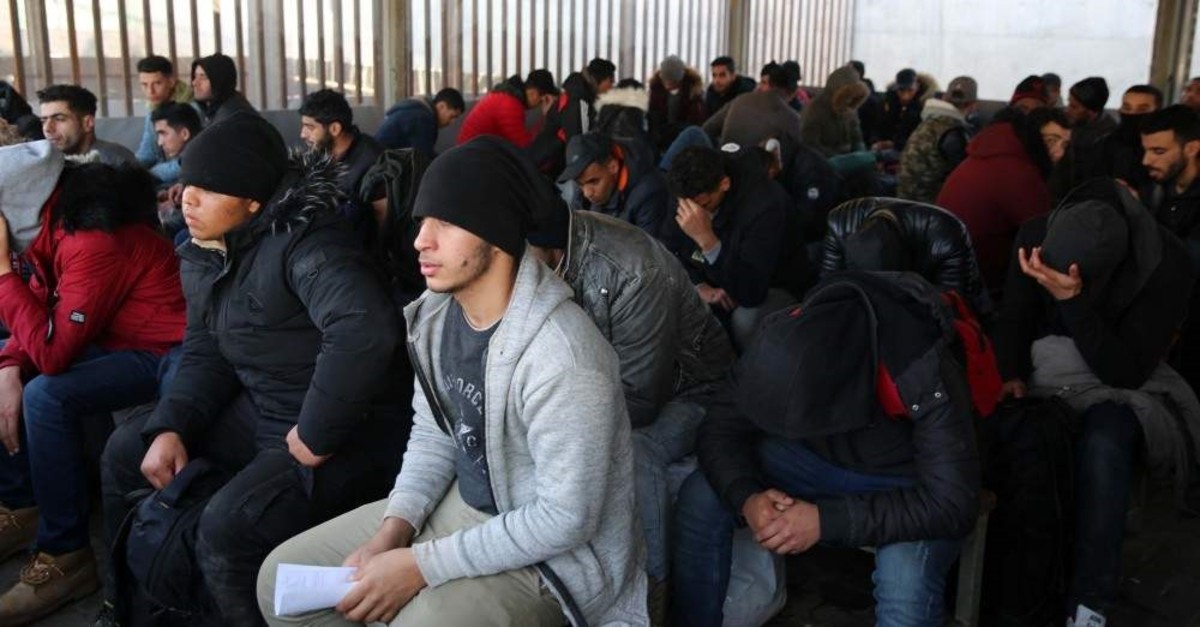 More than 123,000 irregular migrants trying to cross into Europe from northwestern Turkey were held since the beginning of 2019, according to data compiled by Anadolu Agency from security sources.

Throughout the country, Turkish security forces held a total of 441,532 irregular migrants. Over one-fourth of them, around 123,377, were held in Edirne, which borders Greece and Bulgaria.

Security forces work to stem irregular migration on the Greek and Bulgarian borders, while gendarmerie and police do the same in settled areas.

Some irregular migrants fell into the hands of human smugglers or lost their lives to traffic incidents, freezing to death or drowning at sea.

One Afghani irregular migrant who fled to Greece and says he was mistreated by Greek forces praised Turkey's hospitality.

"Greece treated us badly. We found a warm home atmosphere in Turkey," said Kemal Azizi, adding that Turkey provided them with humanitarian aid.

According to local security forces in Edirne and media reports, in recent months Greece has been forcibly pushing back irregular migrants to Turkey, in a move that violates the Geneva Convention, European Convention on Human Rights and the U.N. Convention Against Torture.

Most of the migrants were nationals of Pakistan, Afghanistan and Bangladesh.

All of the migrants were either taken to hospitals for medical treatment or transferred to provincial migration offices.

In 2018, 268,000 irregular migrants were held in Turkey, according to the Interior Ministry.