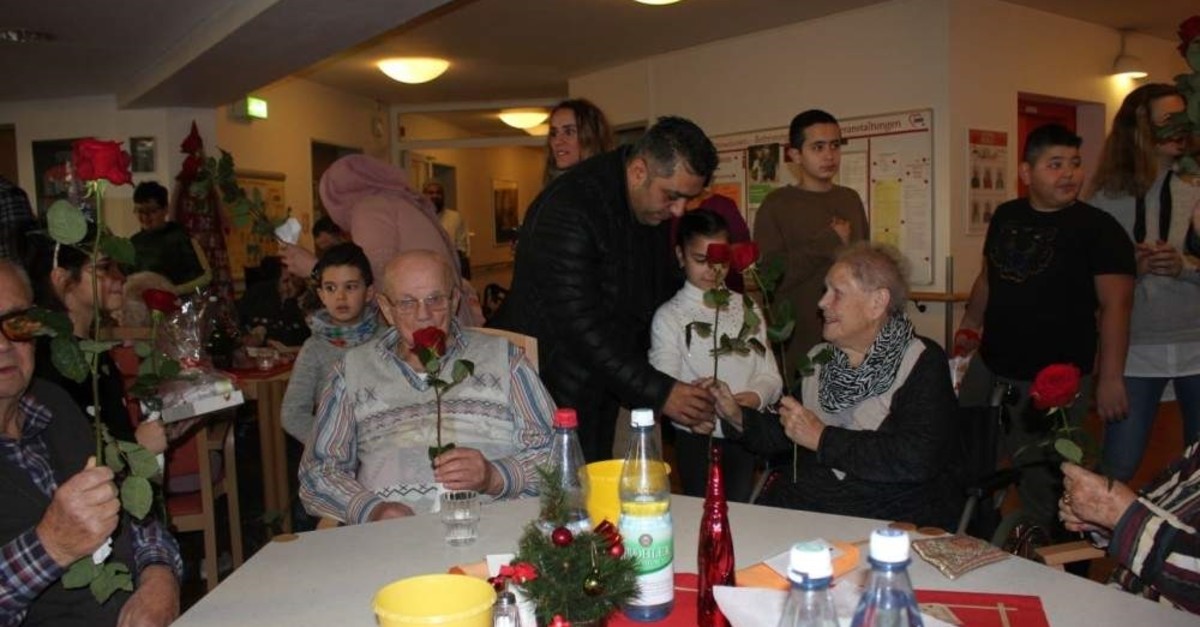 A group of students from a mosque in Germany, along with their families and mosque officials, paid a visit to the Rheindorf AWO Nursing Home in the city of Leverkusen in Germany's North Rhine-Westphalia during the Christmas.

The students from the Mimar Sinan Mosque, which operates under the Turkish-Islamic Union for Religious Affairs (DİTİB) spent the day with the residents of the center, wishing them a happy and healthy new year.

The group also presented the elderly with gifts and flowers, which they bought with their pocket-money.

Chairman of the mosque foundation Abdullah Ateş told Anadolu Agency that they organized the activity parallel to the topics the students learned, like being respectful to elderly people - which is among the fundamentals of Islam.

The visit of the students, who were between the ages of seven and 15, surprised the residents of the center and some could not hide their emotions.