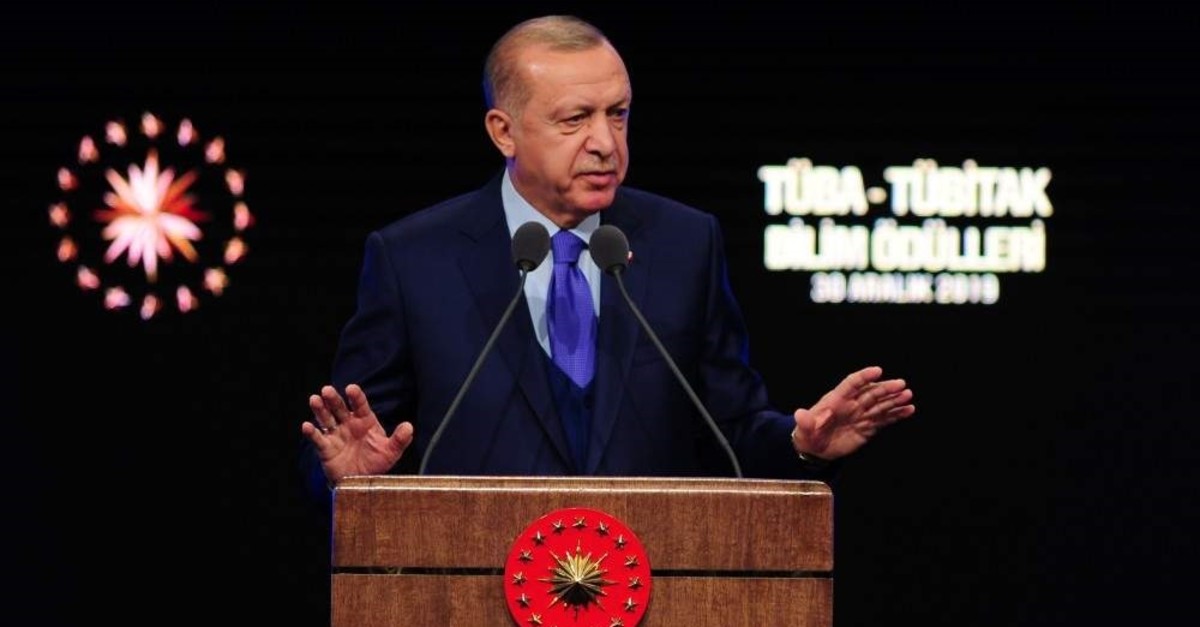 by Daily Sabah Dec 30, 2019 6:43 pm
From a locally produced automobiles to missiles, Turkey is increasingly turning to its own resources and talents in lieu of those of other countries in advancing is technological and scientific prowess.

President Recep Tayyip Erdoğan remarked on the country's recent efforts in the scientific advancement chapter of his "Local and National" campaign at the TÜBİTAK-TÜBA's Science Awards ceremony on Monday.

"Countries which cannot produce knowledge and technology and cannot use them to their advantage will struggle in the world of the future," Erdoğan said in a speech at the ceremony.

Erdoğan said incentives and funding for Turkish scientists had reached a value of nearly TL 1.8 billion annually by 2019, up from TL 150 million in 2002. He said they were supporting 207 universities, 1,572 research and development centers and researchers across 85 "technoparks." The president said innovations were within reach thanks to the work of the International Researchers Program, which has worked to attract Turkish scientists from abroad, as well as their foreign peers, adding that 127 researchers had benefitted from the program of incentives to develop technologies in Turkey and to instruct students to aid the "development of local and national technologies."

The president last week unveiled Turkey's first locally-made car last week at Informatics Valley, located in the province of Kocaeli. The president said the Valley, a scientific hub where the car's prototype was designed, would play a critical role in developing technologies with local resources. He said that the locally made vehicle, set to be produced at a plant in Gemlik, would go into production by the end of 2022.

He also mentioned Turkey's first locally produced air-to-air missile, the Bozdoğan, which has now passed its first guided shooting test. "We expect more accomplishments like this from the Institute of Defense Industry Research and Development (SAGE)," referring to the missile's developers.

Turkey has also embarked on research in the Antarctic, having sent a team of scientists to set up a scientific research camp. Erdoğan said he had discussed the issue with British Prime Minister Boris Johnson and said they aimed to cooperate with the United Kingdom for a joint project there. "We ultimately want to elevate our status from observer country to "consultant country."
RELATED TOPICS