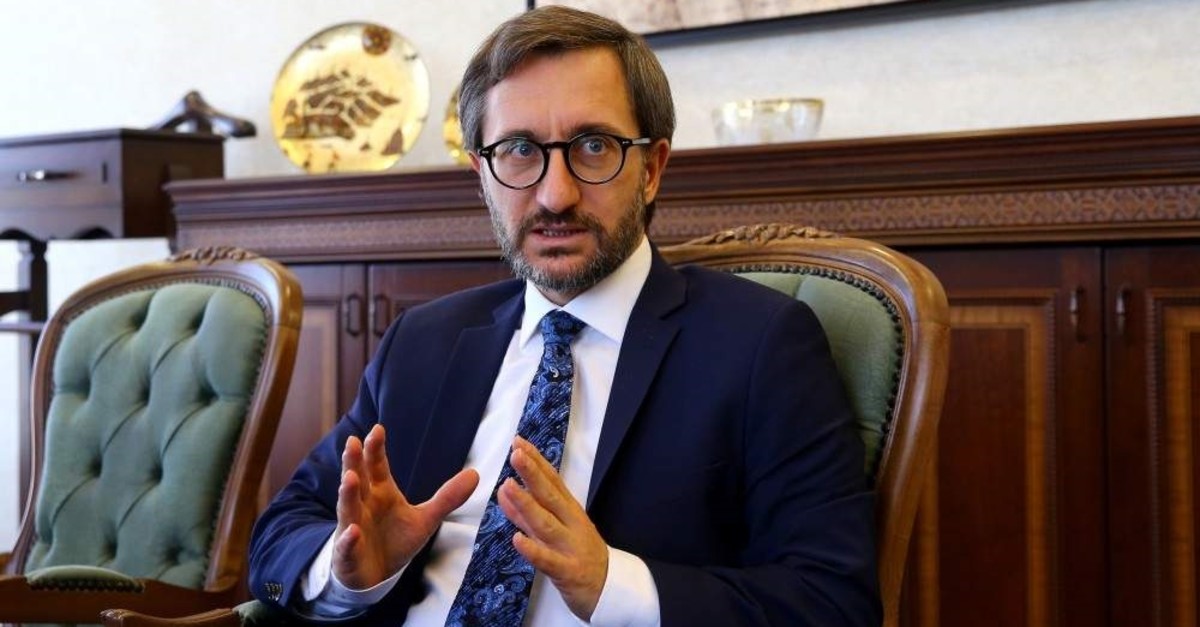 Presidential Communications Director Fahrettin Altun said the ideas to be put into action will be announced in 2020. (AA Photo)
by Daily Sabah with AA Dec 31, 2019 4:35 pm

An online platform launched by the Turkish Presidency's Communications Directorate has shown the Turkish nation's eagerness to join in on brainstorming. "I Have an Idea for My Country 2019," which ended Tuesday, gathered 45,000 ideas and suggestions from users.

The Communications Directorate said that most of the ideas related to the fields of education and the economy. The Directorate will gradually announce the ideas that will be put into action by the Presidency or government agencies in 2020.

Presidential Communications Director Fahrettin Altun said they launched the project as a way of brainstorming with the 82 million people in Turkey, "to enable them to share their ideas with relevant agencies of the state."

He said every idea sent to the platform was meticulously examined and directed to relevant authorities after an initial assessment process.

He said some ideas are already being implemented and thanked the public. He said the ages of those who sent their ideas ranged from eight to 89 and included expatriates living in Turkey.

Istanbulites sent the most ideas at 10,166, followed by residents of Ankara, who pitched 4,944 ideas.