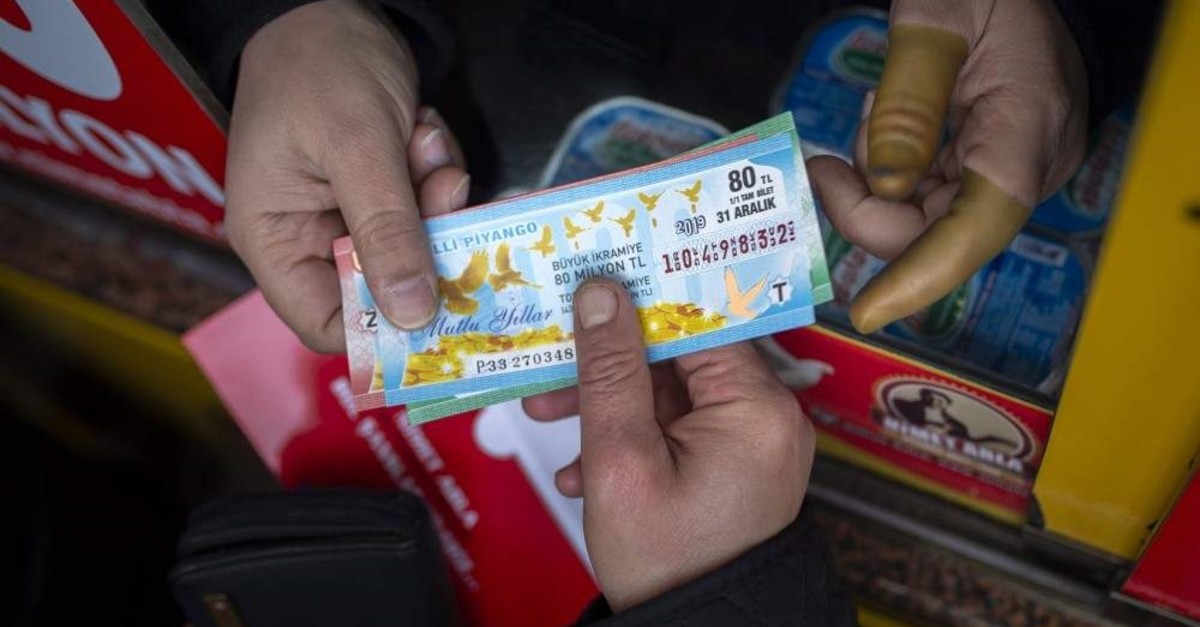 The TL 70 million jackpot for 2019's New Year's lottery was transferred to Turkey's treasury after the (un)lucky winner failed to show up and claim their winnings before the deadline expired at 5 p.m. on Dec. 31.

The winner raised curiosity across Turkey and repeatedly made headlines after failing to heed the officials' calls to claim the grand prize drawn on Dec. 31, 2018. According to officials, this marks the first time a lottery jackpot has not been claimed by the winner.

2019's jackpot set a record for the largest bonus won by a single ticket holder as the jackpot is usually won by "quarter" tickets that divide the jackpot between four winners.

The 2020 New Year's lottery jackpot was announced as TL 80 million.