Security of Turkish cities under spotlight in changing times 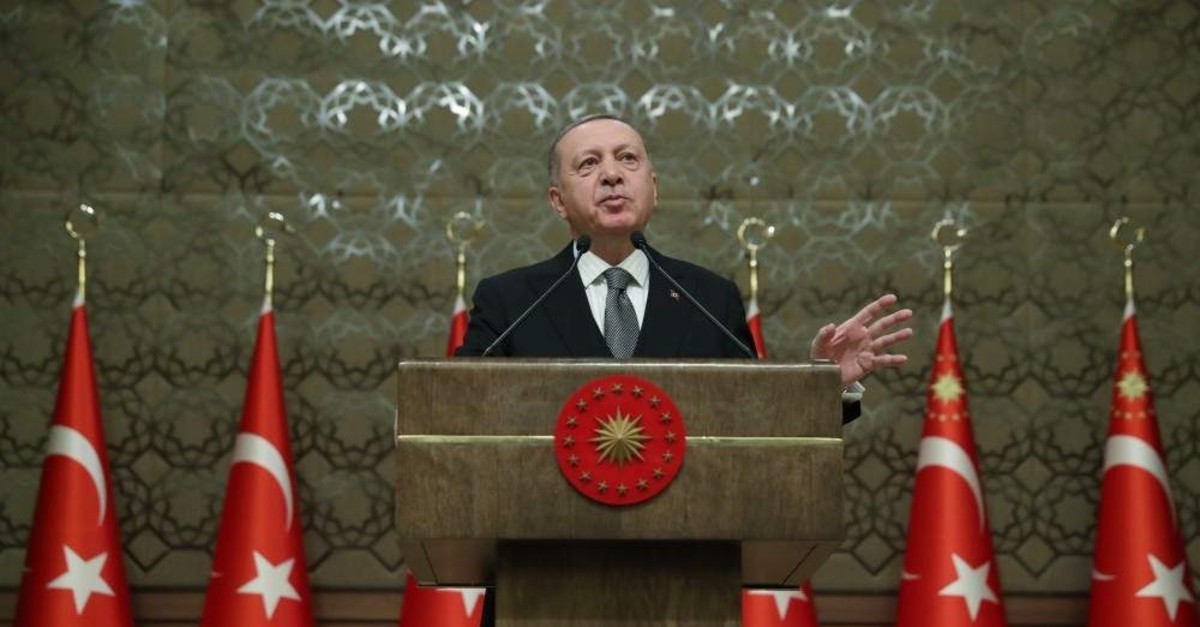 An event held in the capital Ankara on Thursday and Friday is delving into the security of cities following reforms to Turkey's law enforcement and looks to change the dynamics as urban populations rise and new threats emerge.

The City and Security Symposium, organized by the Police Academy, the Turkish Presidency's Board of Local Administration Policies and the Turkish Union of Municipalities, was held at the Presidential Complex. Attendees included academics, mayors and law enforcement officials.

In his opening speech at the symposium, President Recep Tayyip Erdoğan said the matter was something that deserves more attention "at a time when more than a third of the population lives in a city or town centers."

"We are living in a time when moats or city walls cannot maintain security in a city, a time when law enforcement alone cannot maintain the order. We need new approaches, new ideas and new methods for security," Erdoğan said, noting that they should examine examples of urban security around the world but develop their own model.

"Elements threatening cities are now very different. The cities of today have to fight the same time problems regarding traffic, the environment, infrastructure and energy, as well as human smuggling, drug use, etc. Cities grow each day and new threats are added to crimes like murder, theft, gambling and prostitution," he said.

The president also addressed the mayors at the event and repeated his call for what he called the implementation of "horizontal urbanization," or buildings with less floors. "I ask you to show a determined stance in urbanization and do not think about whether it is election time or not. Vertical urbanization is a betrayal of our cities. Horizontal urbanization means building our own civilization and showing the world the real meaning of urbanization. You have to take decisive steps, and, if the need arises, join forces with TOKİ (the Housing Development Administration of Turkey) and Emlak Konut," he said, referring to two state-run housing bodies. "We have to be closer to the soil rather than the sky," he added.

Police Academy President Yılmaz Çolak said at the event that new, rapidly evolving and complicated circumstances forced law enforcement to renew itself in the face of security risks and changing socioeconomic conditions and that technology led to the emergence of new crimes. He said Turkey also underwent rapid changes and transformation and pointed to the Gülenist Terror Group (FETÖ) threat that led to reforms in law enforcement. FETÖ was deeply entrenched in law enforcement before December 2013, the month it tried to use its infiltrators in police and the judiciary to overthrow the government. Thousands were weeded out of law enforcement for their association with the terrorist group, which used everything from illegal wiretapping to sham trials to stifle their critics with the assistance of their infiltrators in law enforcement.

Şükrü Karatepe, acting chairman of the Presidency's Local Administration Board, said at the symposium that it is not only crimes that make cities unsafe but also negligence of municipalities and other local administrations. "Shortcomings in tasks the municipalities are responsible for, such as municipal police, infrastructure and planning, create important cases of insecurity such as the consequences of disasters like earthquakes, fires, floods and epidemics," he said. He pointed to the situation in 19th-century Istanbul where twisted, narrow alleys and wooden houses escalated the risk of fires, forcing authorities to change zoning plans and ban wooden buildings.