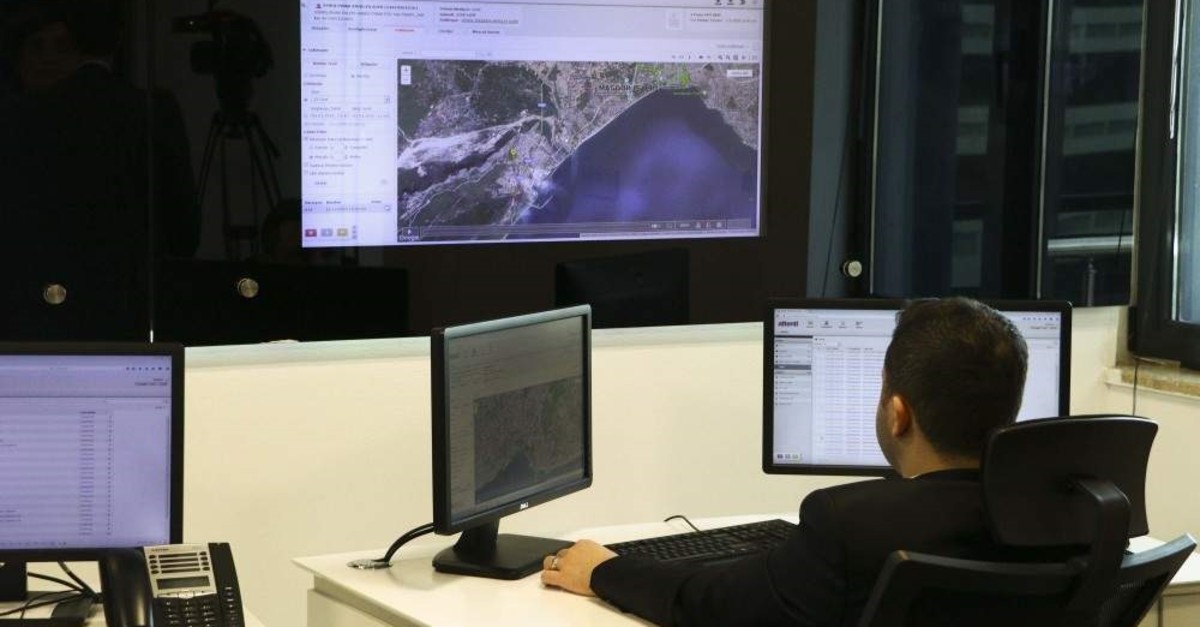 Electronic bracelets are among the measures Turkey took against perpetrators of domestic violence, as officials say surveillance via bracelets has kept hundreds of female victims safe

As the murders of women by their spouses remain under the spotlight, Turkey is striving to keep domestic violence victims safe. An electronic bracelet system is one way to check the perpetrators already convicted of less violent actions toward their spouses and to prevent them from committing a more violent crime, like murder.

The Justice Ministry's "Controlled Parole" center in the capital Ankara allows around-the-clock surveillance of electronic bracelet wearers. The bracelets were first put into use in 2015 and are currently being tested in 15 provinces. The government plans to expand its use to all 81 provinces soon.

Burak Ceyhan, head of Justice Ministry's Department for Prisons and Detention Centers, gave a tour of the surveillance center and how the staff keeps tabs on potential suspects. He said hundreds of women were kept safe in the last four years thanks to the surveillance of spouses with violent behavior.

The surveillance center has a high level of security, accessible only by authorized staff who have to use facial and fingerprint recognition for access. Along with perpetrators of domestic violence, people convicted of other crimes and ordered by courts to wear electronic bracelets are being tracked there.

Ceyhan said electronic bracelets can also be mandatory for people who were not convicted of domestic violence or similar crimes but assessed to be a risk by authorities. "We first started in six provinces and it grew to 15 provinces. Now we work to spread it all over Turkey," he told Demirören News Agency (DHA) Friday.

Electronic bracelets are given to those sentenced to house arrests and similar punishments. Justice Ministry officials install a receiver device in the house of the convict and a corresponding device on the convict's ankle. Once the convict steps out of the boundaries of the house, an instant warning is sent to the surveillance center. Violating boundaries twice within a year results with the convict being sent to prison.

Electronic bracelets are viewed as a more effective tool to combat domestic violence, unlike panic buttons, which were distributed to victims of domestic violence that enabled them to warn law enforcement in case of an imminent act of violence. Bracelets focus on the perpetrator rather than the victim.

Domestic violence is a major concern for Turkey with the issue taking the spotlight after media covered the gruesome murders of a number of women.

Last year, the government unveiled a comprehensive action plan to fight domestic violence that covers everything from the prevention of violence to the protection of victims.

Figures show there were at least 299 murders of women in 2019 – up from 280 in 2018. The categorization of the figures refers to both murders by their husbands (usually those in the process of divorce) as well as next of kin, boyfriends, etc.

Among the measures in action, plans are being made for the assignment of specialized courts for the implementation of Law No. 6284, which came into force in 2012 to give women more legal options and protection against domestic violence, such as an expanded network of social service units to monitor the cases, anger management programs and family consultation services.