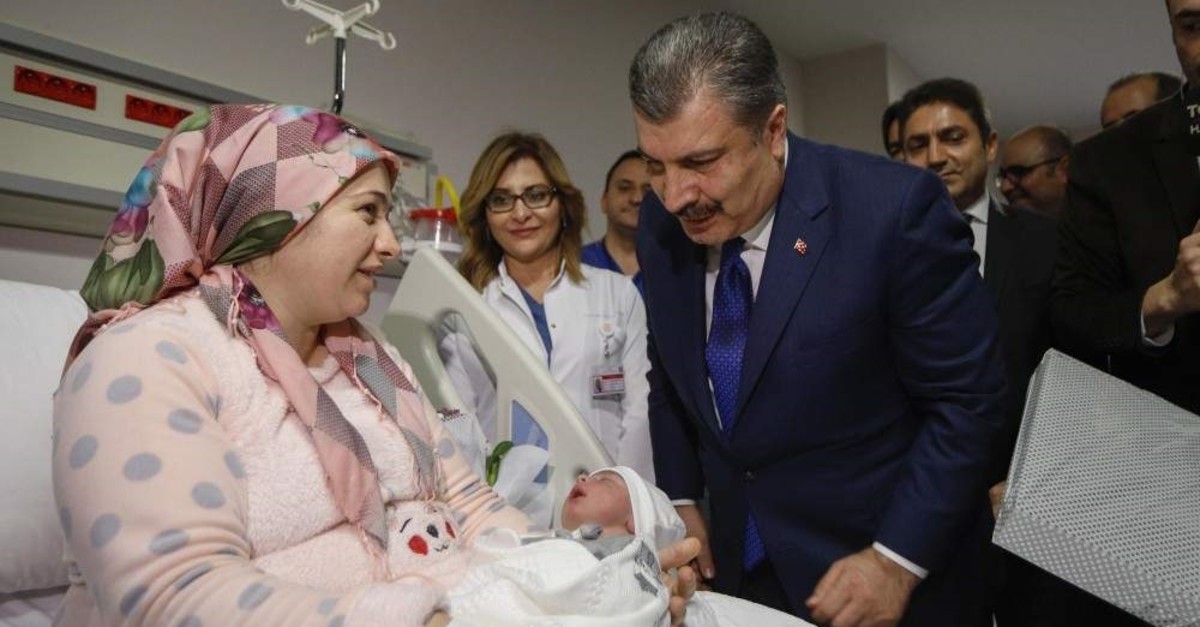 As for the overall population, Mehmet remains the most popular name among men. There are more than 2.7 million Mehmets in Turkey, named after a variation of Muhammet – Muhammad in Arabic, the name of the chief prophet and central figure of Islam. It is followed by Mustafa, another name of the prophet. Among women, Fatma, which also happens to be the name of Prophet Muhammad's daughter, remains most popular and it is followed by Ayşe and Emine.

Another interesting find announced by the Civic Registry was the country's rarest names. There is only one Feratun, one Dilbere, one Farim, one Ülçü and one Selmanni in Turkey.

The projections show Turkey's population will increase by approximately 17 million, reaching 100 million in 20 years. It was nearly 82 million in 2018.

The fertility rate – the average number of children a woman aged 15 to 49 can give birth to – was 1.99 in Turkey in 2018 and it remains below 2.1, the population renewal level. The downward trend in fertility is expected to continue in the future and be 1.85 in 2050.

Turkey is concerned about a fast-aging population. The proportion of senior citizens or those at the age of 65 and above increased by 16% in the last five years. Now, they make up 8.8% of the total population and more than half of the elderly are women, according to official figures. Experts link rising numbers to a decline in fertility and the availability of new treatments that increase longevity.

Turkey is not alone in these projections. Much of the world, particularly developed countries, faces the phenomenon of aging populations with the average life expectancy pushing well over 70 and even 90 in some places.