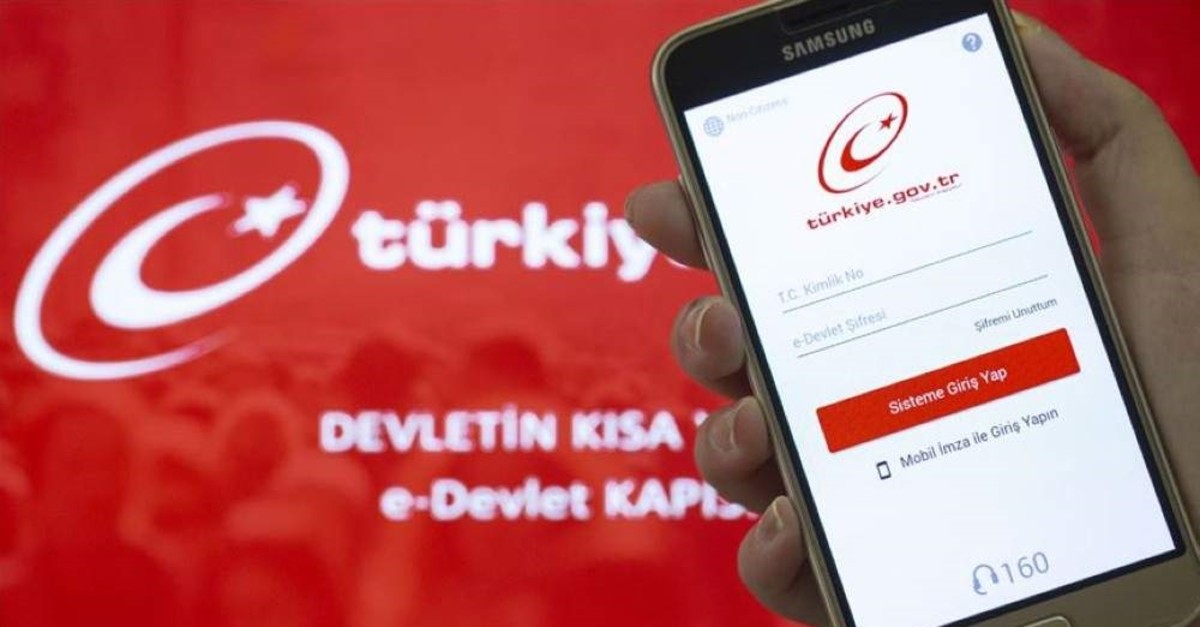 E-Devlet, Turkey's online portal for government services, has boosted the number of users in 11 years since its launch and reached a user base of 45,072,811 people. The government aims to increase this number to more than 53 million within the next three years.

Transportation and Infrastructure Minister Cahit Turhan, whose ministry oversees the operation of the portal, said they already exceeded their goal of 45 million for 2019 and want to increase it to reach out to more of the 82 million people living in Turkey. Turhan told Anadolu Agency (AA) Monday that they offered more than 5,000 online services to citizens in the portal. The portal receives a daily average of 12.4 million visits and last year, it received a total of 3.8 billion visits. A new genealogy service allowing users to inquire about their ancestors was among the most popular sections of the portal and attracted more than 51 million visitors, including single and repeated visits. The most popular service, however, is social security benefit inquiries, especially those allowing employees to calculate the days remaining until their retirement age based on the premiums they have paid. This service was followed in popularity with a database allowing users to inquire into legal cases where they are the plaintiff or defendant.

The portal gives access to services offered by 2,600 state agencies, 2,123 municipalities and 403 private companies. Some 1,039 new services were added to the portal in 2019.

Turhan says the majority of visitors are men, and 35% of visitors were those between the ages of 31 and 46; while the rate of senior citizens or those between the ages of 63 and 78 who use the services is only 9%. The minister added that they worked around the clock to maintain the site's security against hacking attempts and to provide uninterrupted services. E-Devlet itself does not store data, but agencies' data are provided to citizens via their secure networks. Citizens can also access e-government services via cellphones.