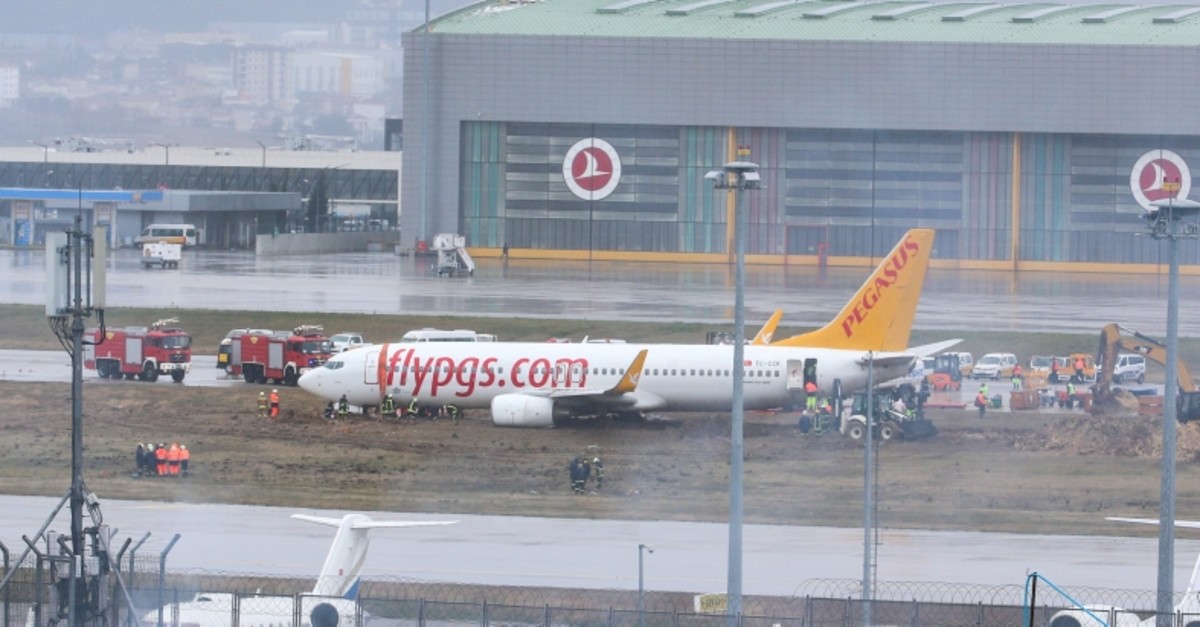 All flights in and out of Istanbul's Sabiha Gökçen International Airport were halted temporarily Tuesday after a Pegasus Boeing 737 airplane skidded off a runway.

According to initial reports, the airplane was arriving from the United Arab Emirates' Sharjah as it slid off the runway while landing in the city's second major airport located in the Asian suburb of Pendik.

In a statement, the office of the Istanbul governor said that all 164 passengers on board the airplane were evacuated safely without injuries. The statement added that the accident occurred at 9:43 a.m.on Tuesday morning due to adverse weather conditions.

Authorities halted all flights at the airport until 11:20 a.m. local time initially, but the closure was later extended to 10 p.m., as rescue teams were still at the scene. All incoming traffic was diverted to other nearby airports.

The airline said an investigation into the accident was launched and any new information would be made available.

Turkey's national flag carrier Turkish Airlines (THY) announced that it was offering additional flights from Istanbul Airport for domestic passengers affected by cancellations.

The accident greatly disrupted the operations of the low-cost Pegasus, the country's second-biggest airline, which uses Sabiha Gökçen as its main hub.

The incident occurred as severe winds and storms have battered Istanbul since late Sunday, causing interruptions in aviation and maritime traffic across the city.