TIKA carries out 900 projects in Bosnia-Herzegovina in 24 years 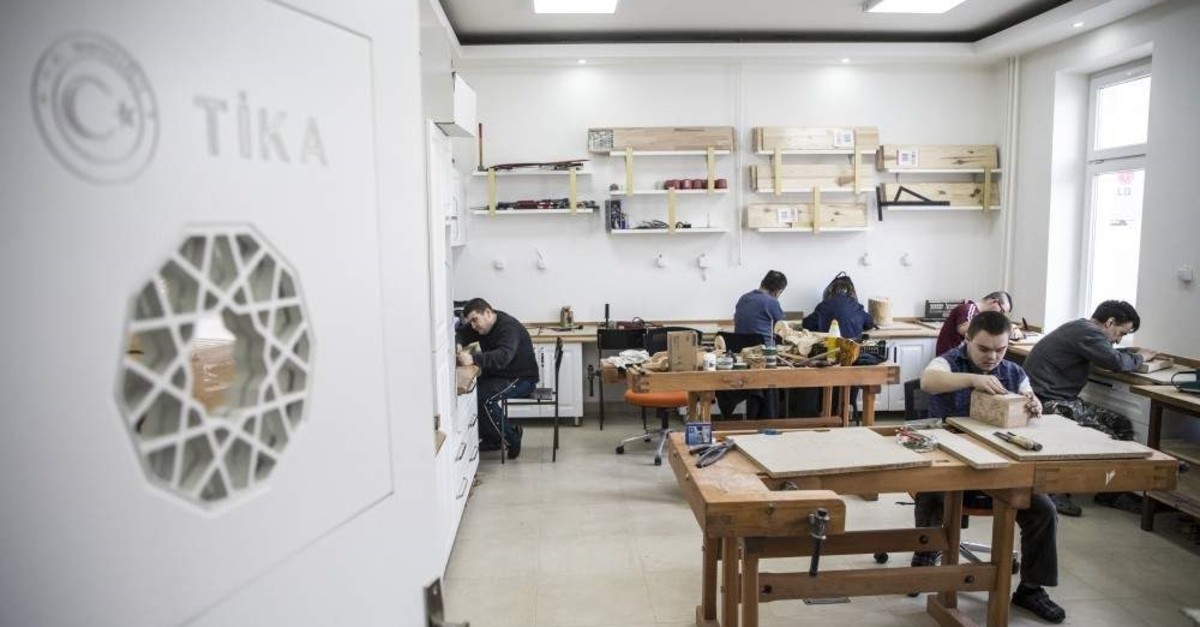 The agency helped Bosnia-Herzegovina improve its education sector with various projects. (AA Photo)
by Daily Sabah Jan 09, 2020 4:21 pm
With 900 projects in 24 years, the Turkish Cooperation and Coordination Agency (TIKA) has been helping Bosnia-Herzegovina and its people prosper once again after the devastating Bosnian War in 1995, helping families become self-sufficient and contributing to the improvement of the Balkan nation's various public services.
First starting its operations right after the Bosnian War, TIKA carried out hundreds of projects over the years that helped the country in various areas, from preserving its cultural heritage to improving its health and public services.
To help boost education in the country, TIKA undertook projects that saw Bosnian schools renovated with state-of-the-art technology and infrastructure. The agency also led exchange programs between the two nations that strengthened the staff at Bosnian schools.
Still involved with Bosnia-Herzegovina’s education from kindergarten to college, the agency continues to supply the Balkan nation with Turkey’s experience in the sector.
With the preservation of cultural heritage high on the priority list, TIKA also assumed the responsibility for the renovation of Trebinje Cultural Center, which became one of the most modern cultural centers in the region.
Helping the displaced families after the war, TIKA’s projects also helped the families return to their hometown they abandoned during the conflict and become self-sufficient again.
With the “Food and Life Support Program” launched in 2017, TIKA helped more than 1,000 families by supplying them with agricultural equipment and training for various farming and ranching methods. The agency aims to help 500 more families in the program in 2020 with projects in the dairy and beekeeping sectors.
Assisting Bosnia-Herzegovina to keep unemployment levels low with not only agricultural projects but also occupational training as well, TIKA also contributed to the establishment of the Gradacac Vocational Training Center in 2018.
For health, the agency modernized hospitals across the country with the latest technology equipment and offered training to medical staff. The agency also oversaw the construction and renovation of several clinics, including Sarajevo University’s Hematology clinic and Krsevac community clinic.
Since its founding in 1992, TIKA has been responsible for facilitating Turkey's official development assistance by providing help to developing countries. Operating in 50 countries, the agency has helped as many as 140 countries worldwide.
From Colombia to Myanmar and Namibia to Kosovo, the agency not only acts as an aid group but also contributes to the development of impoverished regions with its expansive network.
Last Update: Jan 10, 2020 3:58 pm
RELATED TOPICS