Thousands of ships ferried dangerous goods across Turkish straits in 2019 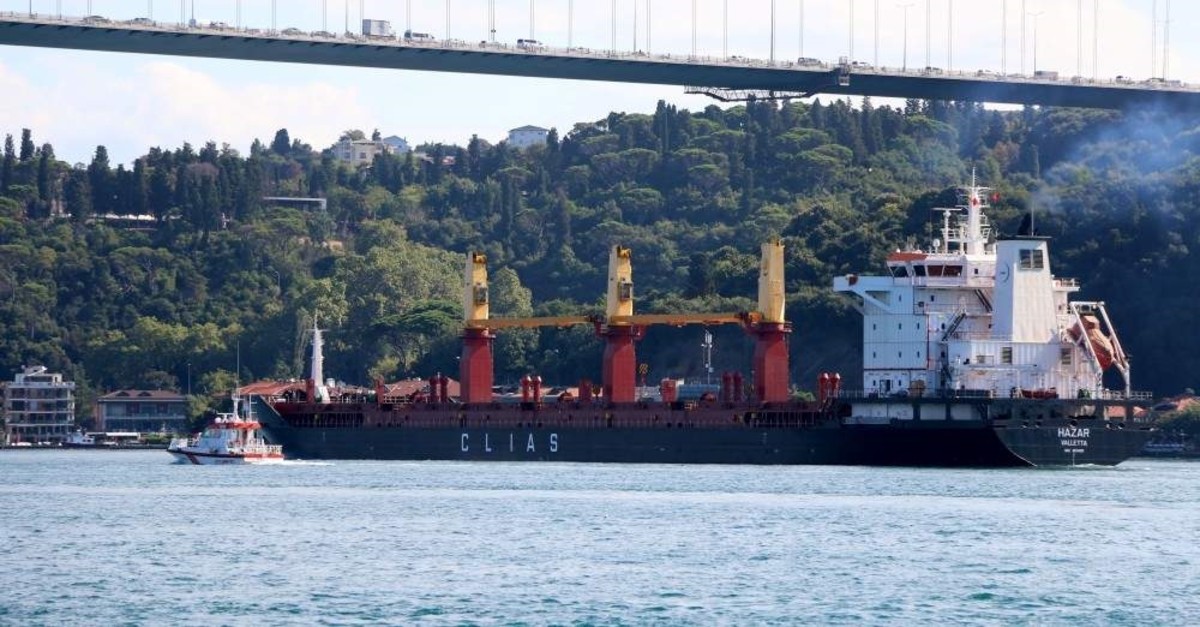 Bosporus and u00c7anakkale straits saw 15 maritime accidents in 2019, according to data. (DHA Photo)
by Daily Sabah Jan 12, 2020 5:37 pm
More than 84,000 ships passed Turkey's Bosporus and Çanakkale straits in 2019, with almost a quarter of them carrying dangerous goods, the Ministry of Transportation and Infrastructure announced this week.

According to the data obtained by Anadolu Agency on Sunday, 41,112 crossed Istanbul's famous Bosporus strait over the course of the year, while 43,759 passed through the Dardenelles, with less than half stopping off at Turkish ports.

Data showed that 18,805 of the tankers were carrying dangerous goods, such as liquid natural gas (LNG), liquid petroleum gas (LPG), or oil. Despite all the precautions, 15 accidents occurred in the straits overall, the latest of these occurring on Friday, when a Russian-flagged oil tanker collided with a Turkish fishing boat, killing three. The oil tanker was traveling to the Aegean province of İzmir when the accident struck five nautical miles off Istanbul's northern coast around 6:30 a.m.

The fishing boat sunk as a result of the collision. Three of the crew members were rescued by nearby boats, while three others drowned. Hours after the incident in Istanbul, another fishing boat collided with a passenger ferry in Çanakkale. No one was injured in the accident, with everyone aboard evacuated safely.

The accidents came weeks after another tanker ran aground in the Bosporus, coming to a halt after colliding briefly with the shoreline. The captain of a Liberia-flagged cargo vessel avoided a potential disaster after releasing the anchor on time, as the freighter lost control following a technical malfunction on board. The 191-meter-long ship came into contact with land near the Rumelihisarı neighborhood on the city's European side.

Both accidents occurred at a time in which discussions surrounding Turkey's Kanal Istanbul project having heated up following President Recep Tayyip Erdoğan's announcement that the project would soon be launched. While activists say that the new canal poses a threat to the environment, officials have argued that the giant freighters navigating the narrow waters of the strait pose a far greater threat to citizens living in the city.

Turkey's straits are among the most risk-averse waterways in the world, according to experts. Thousands of vessels, including tankers carrying highly flammable oil, pass through the Bosporus, an S-shaped channel with sharp turns and changing currents that pose challenges for vessels and sailors every year. In compliance with the 1936 Montreux Convention, Turkey must allow open access for all civilian vessels through its straits during peacetime. However, accidents concern the country. From 1953-2003, 461 accidents occurred along the Bosporus.
RELATED TOPICS