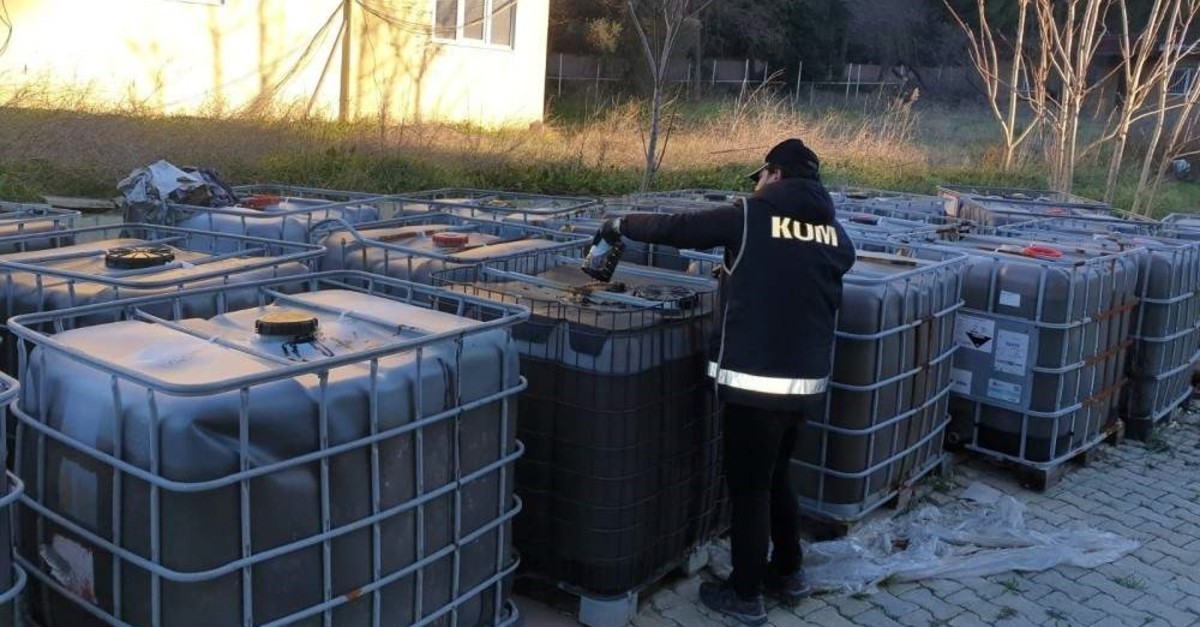 Acting on a tip-off, the provincial police department launched an operation in the Bornova district of İzmir province. The teams seized the smuggled fuel stored in a number of large containers at a warehouse in the area's Gökdere neighborhood, sources added.

Legal action was initiated for a suspect in the warehouse identified by the initials N.U. In November, 18 tons of smuggled fuel was seized in another police operation in the city's Konak district.
RELATED TOPICS