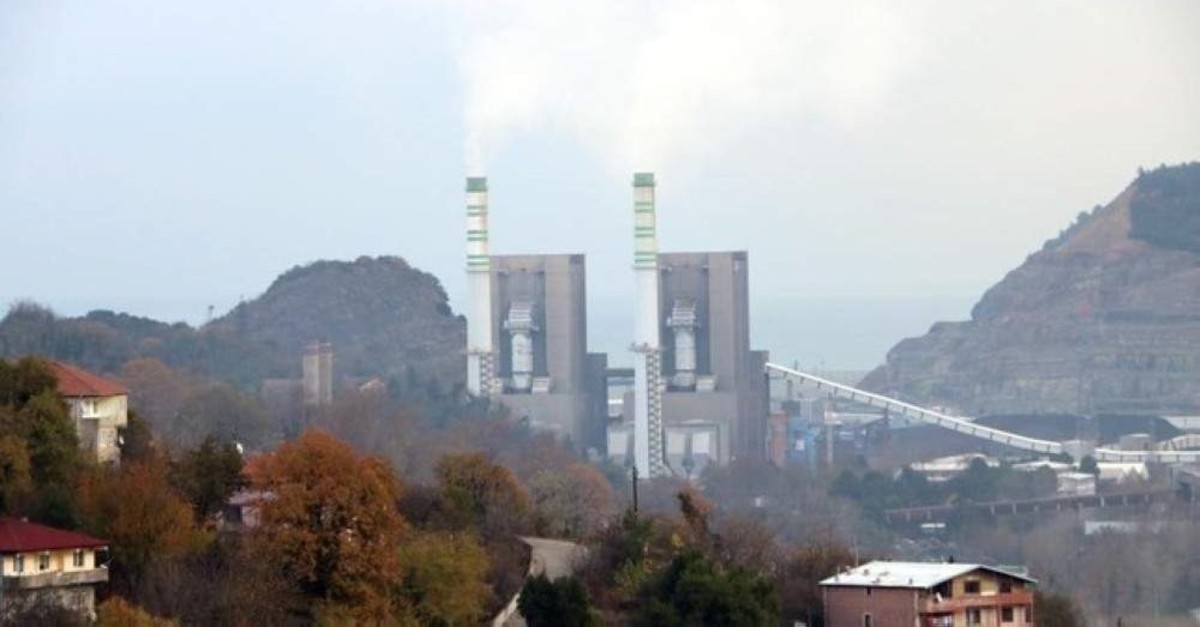 A thermal power plant in the Black Sea province of Zonguldak. (DHA Photo)
by daily sabah
Jan 13, 2020 1:41 pm
Authorities issued over TL 150 million in fines to enterprises polluting the environment last year, Anadolu Agency reported on Monday. Figures by the Ministry of Environment and Urbanization show most businesses that were slapped with fines were in the capital Ankara, Istanbul, İzmir, Tekirdağ and Bilecik.

The ministry regularly inspects businesses for compliance with environmental protection laws and any violations can be punished with both fines and/or closure.

The country welcomed 2020 with new regulations that aim to halt all kinds of environmental pollution. The regulations are expected to go into effect very soon following the approval of the Turkish presidency to increase fines for polluting the environment. Those throwing trash on the streets along with polluting the environment by other means in public spaces will be imposed a TL 351 fine, an increase from TL 287. Fines given to individuals who fail to put their vehicles through mandatory emissions tests will rise from TL 1,546 to TL 1,895. The fines given to businesses that cause air pollution will be increased from TL 72,197 to TL 88,499.

Those who pour waste on soil and cause damage will be fined with TL 88,499 almost TL 10,000 more than the previous amount. According to the new regulations, those exporting waste illegally will be fined TL 7.3 million.

Earlier this month, Turkey completely shut down five thermal power plants and partially closed another for failure to comply with the law to install filters to prevent pollution.

On Dec. 3, 2019, President Recep Tayyip Erdoğan vetoed a law that would have delayed the installation of filters on thermal power plants. Fifty-two thermal power plants fueled by coal and lignite operate across Turkey. In 2013, the government provided a period of nearly six years for the plant operators to complete the necessary environmental investments as required by law. The grace period expired on Dec. 31, 2019.