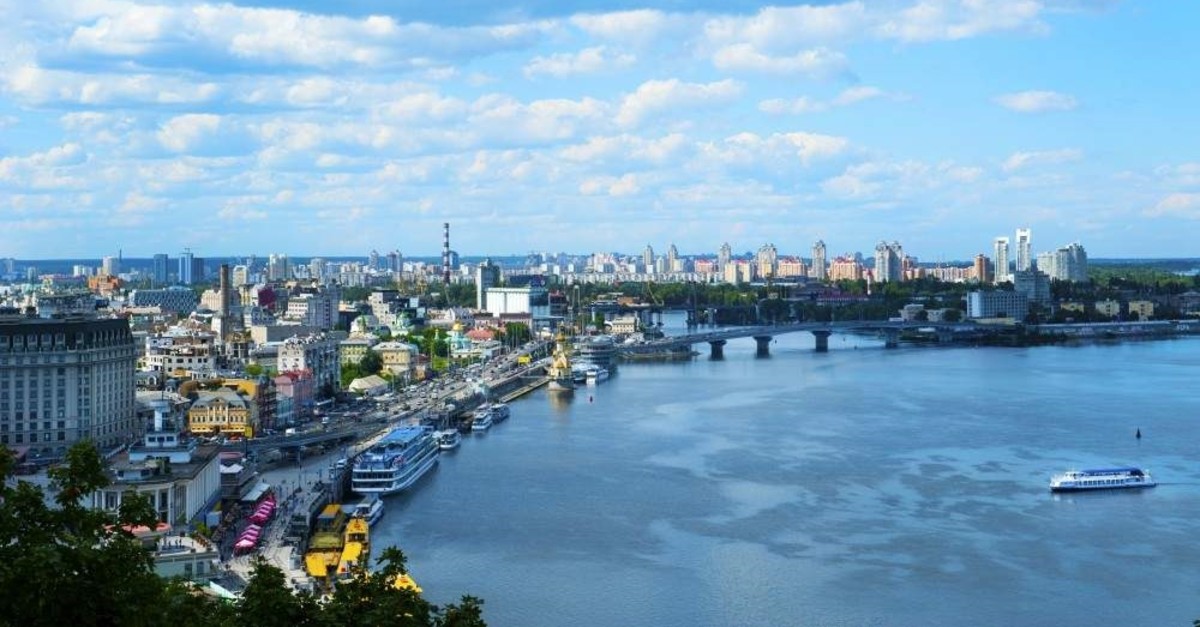 A view of Kiev from an observation point over the Dnieper in Ukraine. (iStock Photo)
by Daily Sabah with DHA Jan 14, 2020 4:06 pm

It has been two years since Turkey and Ukraine launched an agreement allowing visa-free, passport-free access to Ukraine for Turkish citizens. Yet, Turks have complained about the increasing problems they face when entering the country.

Bülent Baran, a consul at Turkey's Kiev embassy, said some Turkish citizens were turned back by Ukrainian authorities and others faced mistreatment after detention at airports, though they have managed to reduce the number of such cases. Baran told Demirören News Agency (DHA) on Tuesday that they exerted efforts last year to solve the problems Turkish citizens faced.

"We held talks with Ukrainian authorities and aired our grievances and eventually, we have received far fewer complaints from Turkish citizens," he said.

"In the first seven months of 2019, 1,812 people were sent back but we don't have figures yet about the exact number. This shows the majority of Turkish citizens entered Ukraine without hassle," he pointed out.

Among the reasons for denial of entry for Turkish citizens are failing to declare their purpose of visit and not having return tickets or hotel bookings, according to Ukrainian authorities, Baran said. However, he underlined that it might be linked to some Turkish citizens' attempts to enter Europe via Ukraine illegally.

"We receive complaints about our embassy for not helping citizens enter Ukraine or the long wait times but the embassy has limited our authority on these matters," Baran said.