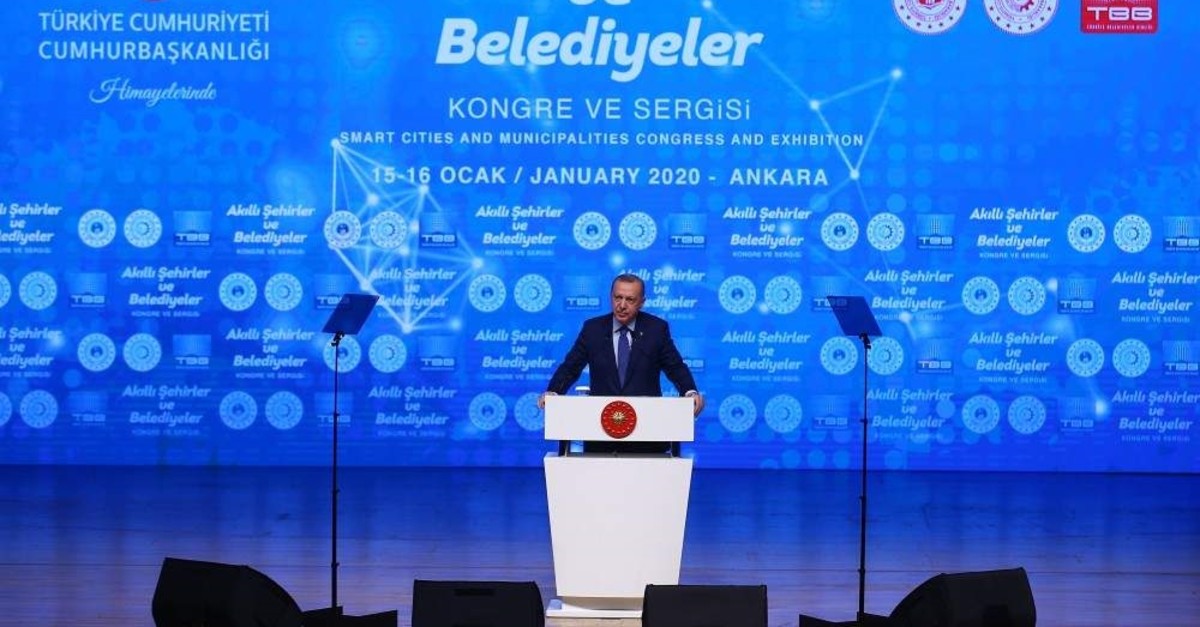 "We are determined to do whatever it takes to be a major actor in the smart cities market which is expected to top $800 billion in market value within the next couple of years," Erdoğan said in the Smart Cities and Municipalities Congress and Exhibit in the capital Ankara.

The president said Turkey aims to enter the global market as an exporter, while also supplying its needs in smart city applications. Smart cities, which is a new approach to urban planning, aims to connect everything using technology in order to improve city services, infrastructure and ultimately residents' quality of life. "Turkey is among the leading countries in terms of smart cities," he said, highlighting the country's support for smart city plans. Erdoğan also said that Turkey has already made great progress in building up eco-friendly cities. Smart cities should be compatible with each other, he said, underscoring the importance of support from citizens. "The more we increase the people's quality of life with smart cities, the more they protect and support it," he added.

The plan, a result of work and consultations between ministries, local administrations and smart city suppliers, is the first of its kind for Turkey. In the first step, strategy plans will be sent to 81 provincial administrations to be implemented and a Livable City Index will be created. Among the most tangible benefits of smart cities, authorities listed a 45% saving in the cost of waste collection and transportation thanks to smart waste collection systems and more recyclable water with smart systems that can be installed in wastewater treatment facilities. The plan also foresees a considerable decrease in fuel costs for cities. The government will provide financial incentives and funds to municipalities and entrepreneurs for transforming cities into smart cities. It will also increase the human resource capacity to work in the field.

The government will focus on the emergency needs of cities and create a network of smart cities with smart city strategies unique to each area. For instance, based on precipitation levels, authorities will be able to establish smart water grids and smart response applications against disasters, from floods to earthquakes.