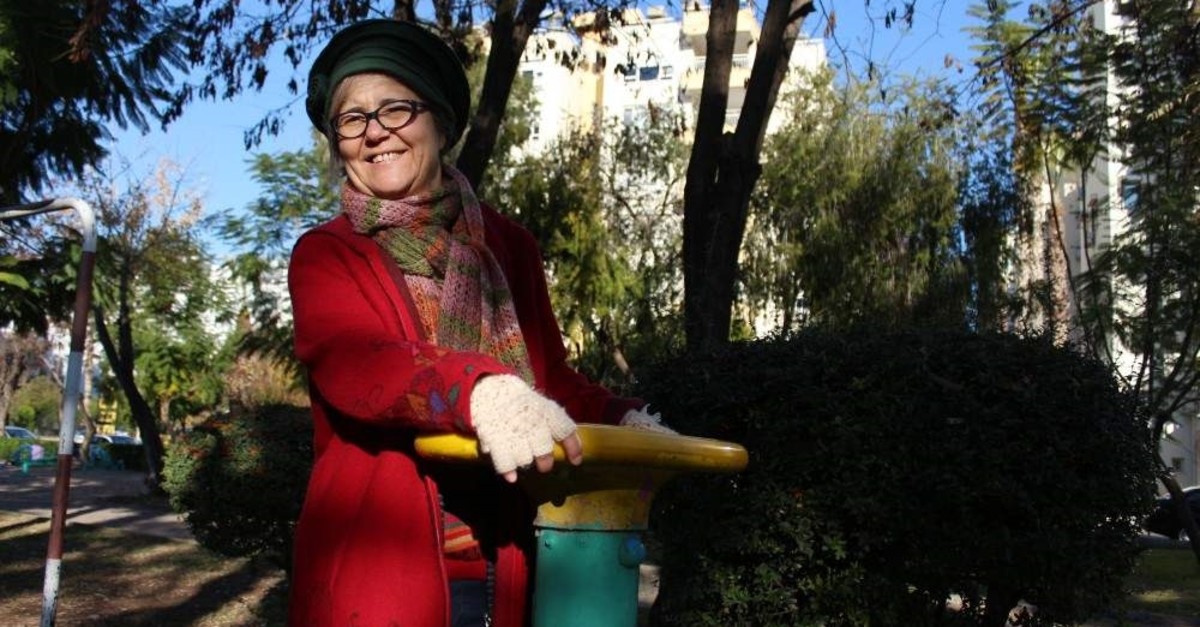 Altuner says she occasionally visits cancer patients and shares her experience with them. (AA Photo)
by Anadolu Agency Jan 15, 2020 2:43 pm

Having beaten breast cancer through essential treatment and a healthy lifestyle, a Turkish woman in southern Antalya province of Turkey now shares her story with other patients in a bid to inspire them.

The misfortunes in Emine Altuner's life did not come alone, she first lost her beloved father, went through a painful divorce period, and the 54-year-old woman was later diagnosed with breast cancer. Although initially refusing to receive chemotherapy, she later gave doctors permission for the treatment for the sake of her 9-year-old daughter who she did not want to leave alone.

After a successful treatment period, Altuner managed to beat cancer while also losing significant weight through sports activities and a healthy diet. "I learned I would lose hair following the start of chemotherapy treatment and cried my eyes out," she said, adding it was a tough emotional period to handle. Altuner said she realized she was wrong to think cancer was the end of the world and decided to have a happy life without thinking about the disease. "The majority of the cancer patients live an isolated and unhappy life. I realized I had to do something for them," she said. "I sometimes go to hospitals and share my experience with sad patients. I tell them to leave their old life behind and suggest them to live for themselves," she said. She added she would support cancer patients and motivate them as morale and strong will are the most important tools for battling cancer.