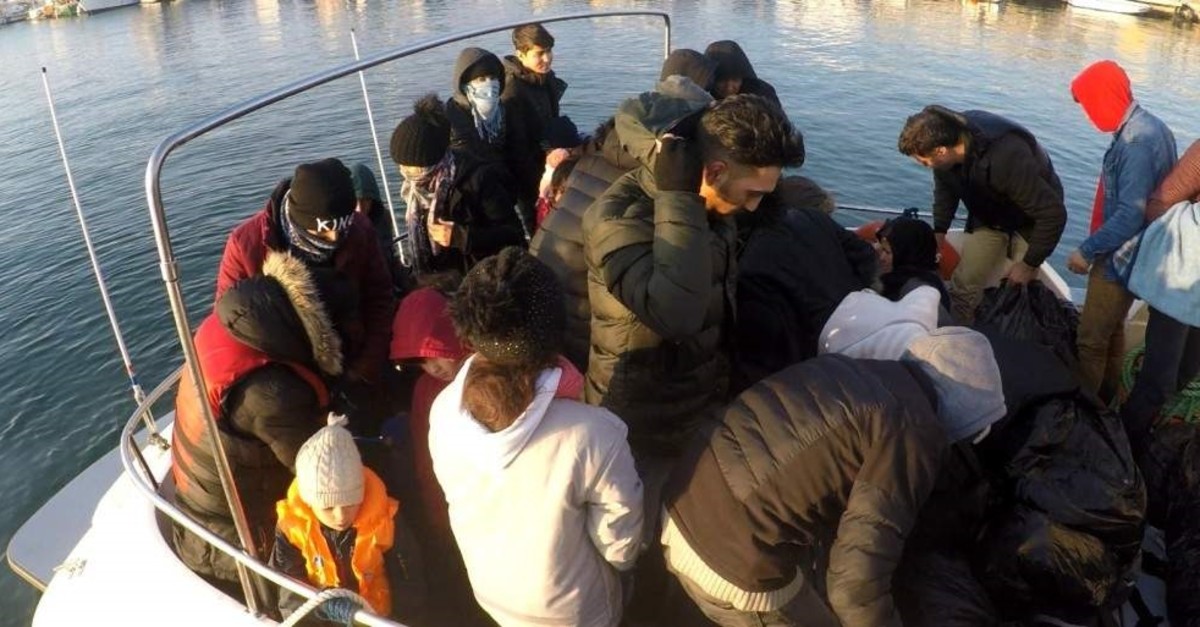 Coast Guard Command forces intercepted 70 migrants off the coast of the western province of Çanakkale as they were trying to illegally cross to Greece's Lesbos Island on two inflatable boats. The migrants were all Afghan citizens and included 35 children and 12 women, coast guard officers said.

In the northwestern province of Edirne, 13 migrants were stopped following a brief car chase as they tried to escape from gendarmerie forces who attempted to stop them for a routine roadside check. According to the security forces, another vehicle tried to aid the escaping migrants during the chase. The drivers of both vehicles fled the scene after the chase came to an end and remain at large.

Meanwhile, 27 others were stopped by police forces during regular security checkpoint stops in central Konya and eastern Malatya provinces.

All of the migrants held were either taken to hospitals for medical treatment or transferred to provincial migration offices for the necessary legal proceedings.

Turkey has been a key transit point for irregular migrants, especially those fleeing war and persecution, aiming to cross into Europe to start new lives.

Either fleeing poverty or prevailing conflicts, thousands arrive in Turkey every year to take their chances at illegally crossing into Europe. Turkey shares maritime and land borders with Bulgaria and Greece, making it a prime transit country for illegal migrants.