Hrant Dink remembered 13 years after his death with memorial site 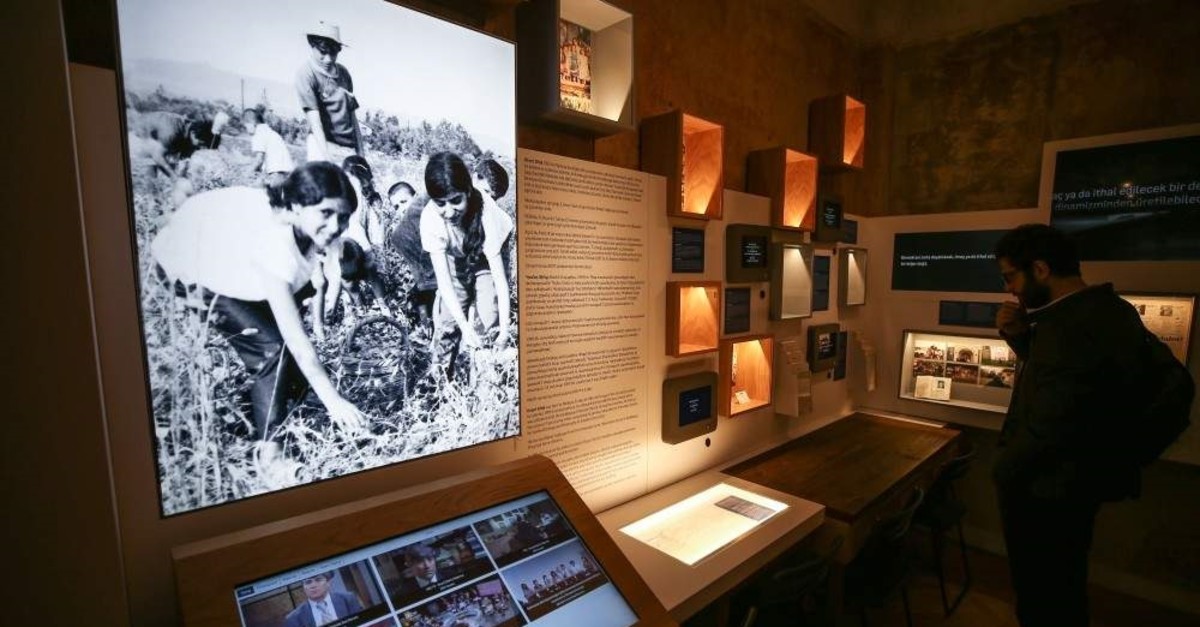 Thousands gathered outside Hrank Dink's former office in Istanbul, where the Armenian-Turkish journalist was gunned down, to commemorate his death on its 13th anniversary

Thirteen years after Armenian-Turkish journalist Hrant Dink's assassination on the steps of an Istanbul-based newspaper he once ran, Dink's office has at long last been reopened to the public as a memorial, while hundreds gathered in Istanbul's Şişli district Sunday to mark the anniversary of Dink's death.

Founder and editor of the Armenian-Turkish weekly Agos, Dink was gunned down in broad daylight in front of his Istanbul office on Jan. 19, 2007.

The final result of Dink's murder case has long been awaited, with his family and friends continuing on the quest for justice. Seventy-six suspects are on trial as part of the case.

Every year on Jan. 19, thousands gather in front of the building where Dink was killed to commemorate the slain journalist.

Due to the "symbolic significance of the site and its place in the collective memory," the Hrant Dink Foundation – founded after his assassination – turned the building into the 23.5 Hrant Dink Site of Memory, named after an article penned by Dink in Agos on April 23, 1996.

Agos continues to circulate in Turkey in both languages, albeit from a different location to which it moved in 2015.

An important figure within the Armenian community in Turkey, Dink had sought to kickstart public discussion and was an advocate of democratization and human rights. He was repeatedly prosecuted for "denigrating Turkish-ness" over articles he wrote about Armenian identity and the mass deportations of Armenians in 1915.

Ogün Samast, Dink's killer, was captured and sentenced to 23 years in prison for the daylight murder, but further inquiry found that several public and police officials linked to Gülenist Terrorist Group (FETÖ) tried to cover up the case. FETÖ, which is also blamed for the failed 2016 coup attempt, used the murder to "incite chaos" in Turkey, according to prosecutors.

A plaque that reads: "Hrant Dink was murdered here, Jan. 19, 2007, at 15:05" was embedded in the sidewalk in front of the building where Dink was killed, serving as a stark reminder for visitors and passers-by alike.

Nayat Karaköse, a program coordinator at the site, told Anadolu Agency (AA) that Dink himself was given voice to impart his story to visitors at the memory site.

"Those who come here learn the whole story from his own peaceful and dialogue-based language," Karaköse said, adding that guests could "explore all the rooms through his story."

Noting that Dink's room was preserved as it was on the day of his murder, Karaköse said, "In many museums, such rooms are protected by red cordons, but we have not done so."

Among the venue's many sections, highlights include the tirttava room, which focuses on the discrimination Dink faced during his military service; the Atlantis civilization room, describing Dink's childhood years in Camp Armen Armenian orphanage in Istanbul; and the "Quest for Justice" room, which features videos, documents and first-hand accounts shedding light on the ongoing Hrant Dink murder trial.

There is also a piece of artwork titled, "Establishing an Embassy Project," by German artists Horst Hoheisel and Andreas Knitz, which draws attention to the short-lived normalization of relations between Turkey and Armenia.

There are also several screens running videos of Dink's past speeches. Karaköse said that each video at the site begins with a question answered by Dink himself.

"We are not only shedding light on Hrant Dink's life. We are also trying to raise awareness on universal values such as democracy, peace, human rights, justice and equality that he was advocating," she added.

The idea of a memorial to honor Dink emerged in 2008, but "was not easy" to achieve, Asna said. "We had to prepare a site hopeful for the future, not worrying (...) over a murder that tears everyone's heart out," she said, noting that the site was opened after long preparations.

"We describe the trauma of the Republic of Turkey through the life of Hrant," Asna said."This place needed to reflect Hrant's view of hope, the future – his discourse and his belief in justice, humanity and love."

People from all walks of life contributed to the funding of the site's preparation, Asna said, highlighting that designers, architects and researchers had voluntarily helped in setting the venue up.

Those who visit will see how his murder was carried out, the process that has taken place since and what Turkey has gone through following Hrant's death, she said.

It weighs heavily on the conscience to witness a murder through a memorial site, and some visitors leave in tears and while others are lost in thought, Asna added.

The venue is trilingual – Turkish, Armenian and English – and is open for visitors on every day of the week except Monday.