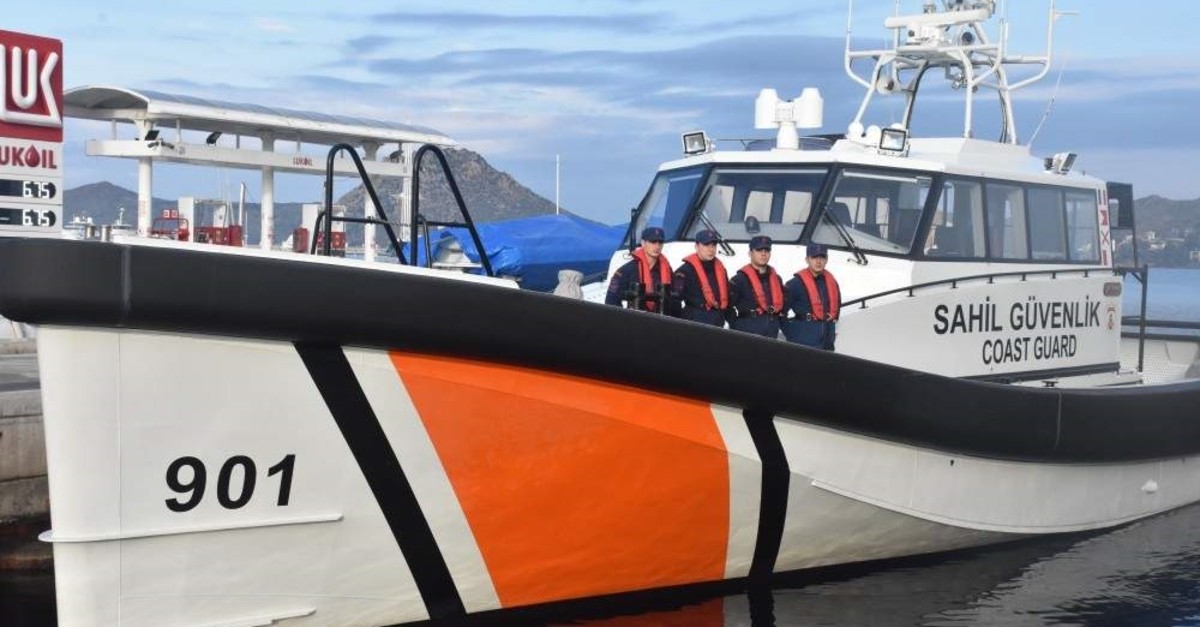 As Turkey continues to combat the influx of irregular migrants, Turkish Coast Guard Command forces scour the Aegean Sea to save migrants in distress and keep them from crossing into Europe.

The coast guard boats patrol the Aegean 24 hours a day, seven days a week to keep migrants from embarking on the dangerous and often fatal journey across the Aegean in hopes of a better life.

Speaking to Anadolu Agency (AA), Coast Guard Capt. Volkan Soykan said in 2019, 4,417 irregular migrants were saved off the coast of Bodrum, where he usually patrols.

Soykan said Coast Guard Command forces were in constant cooperation with other government bodies to seamlessly carry out the patrols on the Aegean.

"We usually stop irregular migrants and catch smugglers before they even set off to the sea thanks to the coordinated joint operations between coast guard, gendarmerie and police forces. About 22 coast guard boats and six mobile radars patrol the Aegean Sea every day. There are also the scouting flights performed by an airplane and a helicopter every day," he said.

Elaborating as to why the Aegean sea witnesses so many tragedies, Soykan said the equipment used by migrants is far from being seaworthy, and the unpredictable weather conditions contribute to the high risks.

"We witness boats filled far past their capacities and life vests that can barely float by themselves, let alone when fitted to a person. Sometimes when we stop a migrant boat, they resist and refuse to come aboard our ship," Soykan said.

As a country with maritime and land borders shared with Bulgaria and Greece, Turkey has been a key transit point for irregular migrants aiming to cross into Europe to start new lives. Either fleeing poverty or prevailing conflicts, thousands arrive in Turkey every year to take their chance at illegally crossing into Europe.

Illegal migration has gained momentum in recent years due to a number of domestic upheavals, economic crises and political uncertainty afflicting countries such as Afghanistan, Pakistan, Syria, Iraq and Iran, as well as other countries on the African continent.