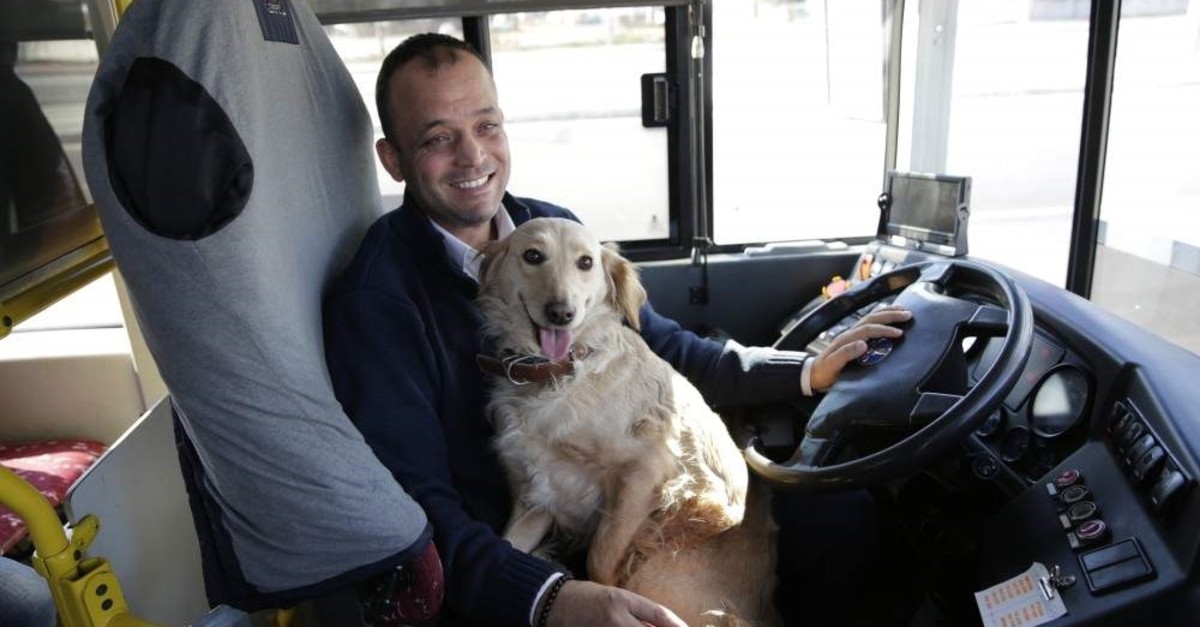 A stray dog in the southern province of Antalya got lucky Wednesday after it was taken on a 90-minute ride by a bus driver, who wanted to keep the canine warm.

According to bus driver Taner Özgün, the golden retriever stepped into his bus as he pulled up to a stop during his regularly scheduled route.

Noticing the dog trembling, Özgün decided to let the stray stay in the bus for the next 90 minutes. He later handed the dog over to authorities, as the dog's breed and a collar on its neck suggested that the dog had owners.

"I couldn't leave it out on the streets after seeing it all alone by itself in the cold. I hope the owners will be found quickly," Özgün said.

The dog was placed in a local shelter temporarily while officials tried to locate the owners.