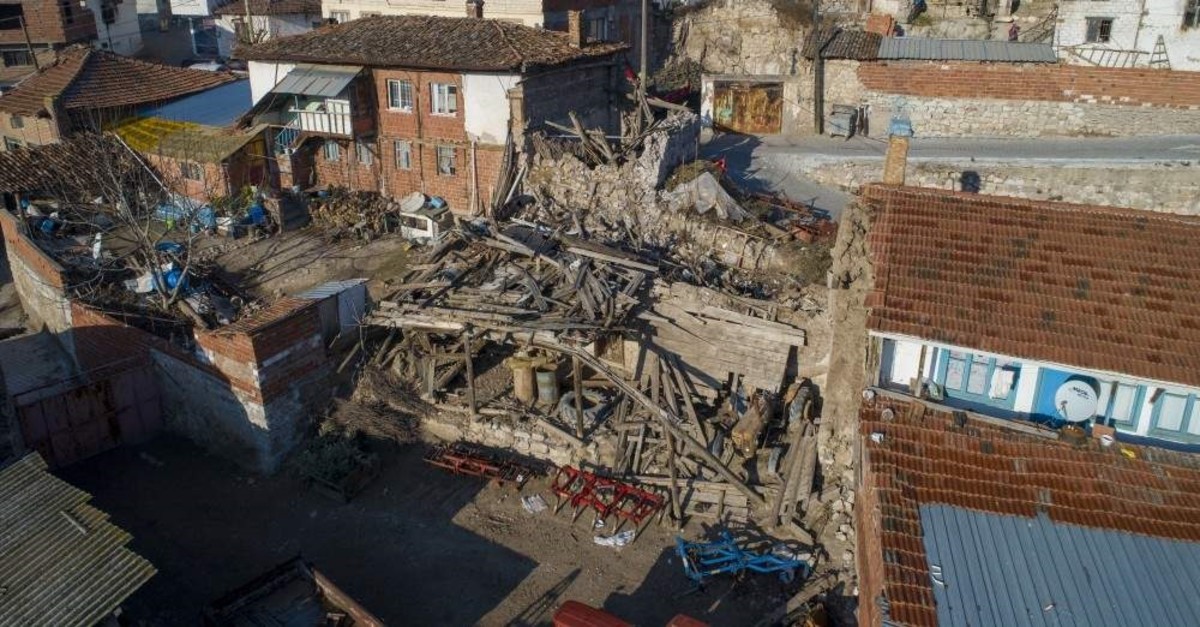 A relatively strong earthquake was felt throughout western Turkey Wednesday night followed by a series of milder ones in the capital Ankara early Thursday, triggering fears in the earthquake-prone country.

More than 212 aftershocks were reported after Akhisar, a town in the Aegean province of Manisa, was shaken by a magnitude 5.4 earthquake at 22:22 p.m. local time Wednesday. It wasn't a particularly damaging earthquake, but powerful enough to send people into the streets and was felt throughout the surrounding region. Though lesser in magnitude, the tremor was felt as far as Istanbul, some 390 kilometers away. Only four people were injured when they jumped from lower-level floors, while a number of older, abandoned buildings collapsed and the walls of 15 houses suffered cracks. However, tremors triggered a panic on social media, with many reminded of the 5.8 magnitude earthquake that struck Istanbul in September. Some in Manisa spent the night outside, converging around fires while the Turkish Red Crescent set up tents for people in two villages near the epicenter of the earthquake.

Professor Hasan Sözbilir, director of the Earthquake Research Center at Dokuz Eylül University, assuaged concerns over the earthquake, saying it would take a magnitude 6.0 tremor to inflict damage in the region. Speaking to Anadolu Agency (AA), Sözbilir said the quake occurred along the intersection of two fault zones, Soma-Kırkağaç and Gelenbe, adding that a number of minor tremors had been recorded in the area recently. Still, he warned that "an earthquake storm" could occur if another large-scale earthquake took place in the same region.

Just as people were recovering from the tremors in western Turkey, two more earthquakes struck Akyurt, a district of the capital Ankara, early Thursday. No damage except for some cracks in the walls of a number of houses in the rural areas was reported. Authorities announced that a 3.8 magnitude and a 4.5 magnitude earthquake had hit the area in quick succession. The epicenter of earthquakes was located in two villages near the district, far from the heavily populated areas of the capital. A number of aftershocks of lesser magnitude followed.

Turkey has suffered devastating earthquakes in the past, including one near Istanbul in 1999 that killed more than 17,000 people across the greater region. The country is among the world's most seismically active as it is situated on several active fault lines, with dozens of minor earthquakes and aftershocks occurring daily. The most potentially devastating fault line is the North Anatolian Fault (NAF), the meeting point of the Anatolian and Eurasian plates. A strike-slip fault has formed as the Anatolian plate is being pushed northwestward by the Arabian plate. The NAF has produced devastating earthquakes throughout its history.