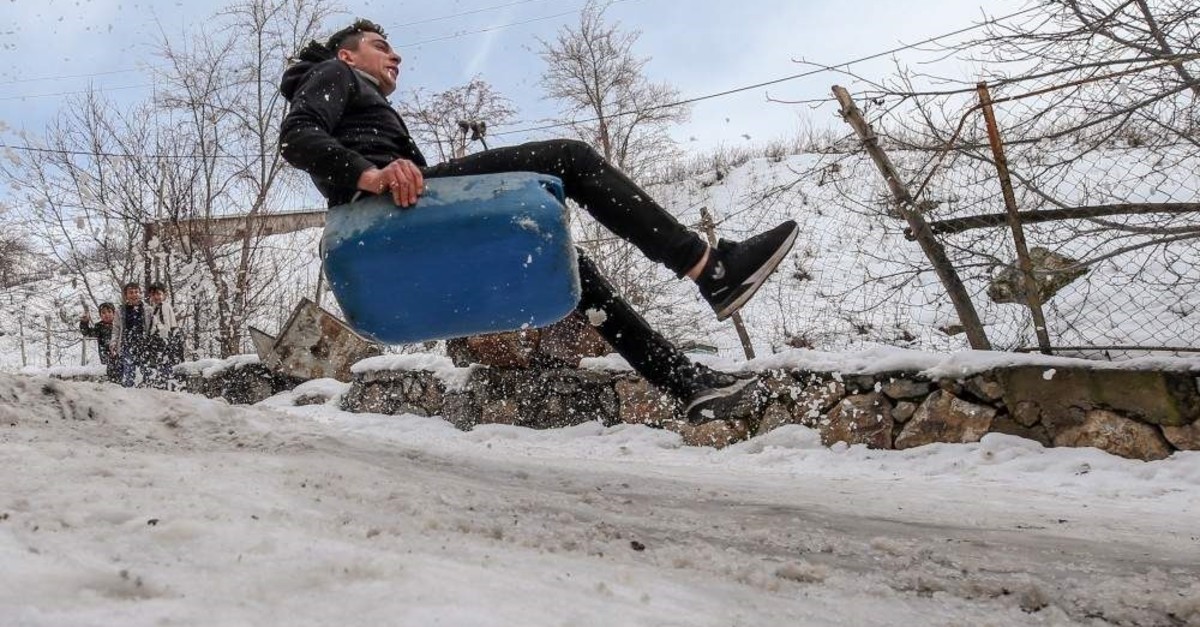 Rudimentary sleds made of wood and plastic cans split into two are all they have, but the children of Bahçesaray, a town in the eastern Turkish province of Van, make the most out of a tough winter.

A school recess and relatively sunny weather after dense snowfall gave the children an opportunity to enjoy their favorite pastime – sliding down the steep alleys and streets of the town.

The children tirelessly climb the hills in the upper neighborhoods of Bahçesaray, which is known as the town with the heaviest snowfall in Van. Fitting primitive sleds with plastic water pipes to gain more speed, children ignore the danger for the sake of the fun.

"We are injured sometimes but this is the most fun way to spend our holiday," Şahin Sabırlı, one of the children, said. Özcan Ereğli, another boy, asked authorities to build "a ski center" in Bahçesaray. Muhammet Affan Orhan, who heads the sports and youth services authority in Bahçesaray, said they are preparing plans to build a ski center in the town. "We have many gifted children here who can do this professionally," he said.