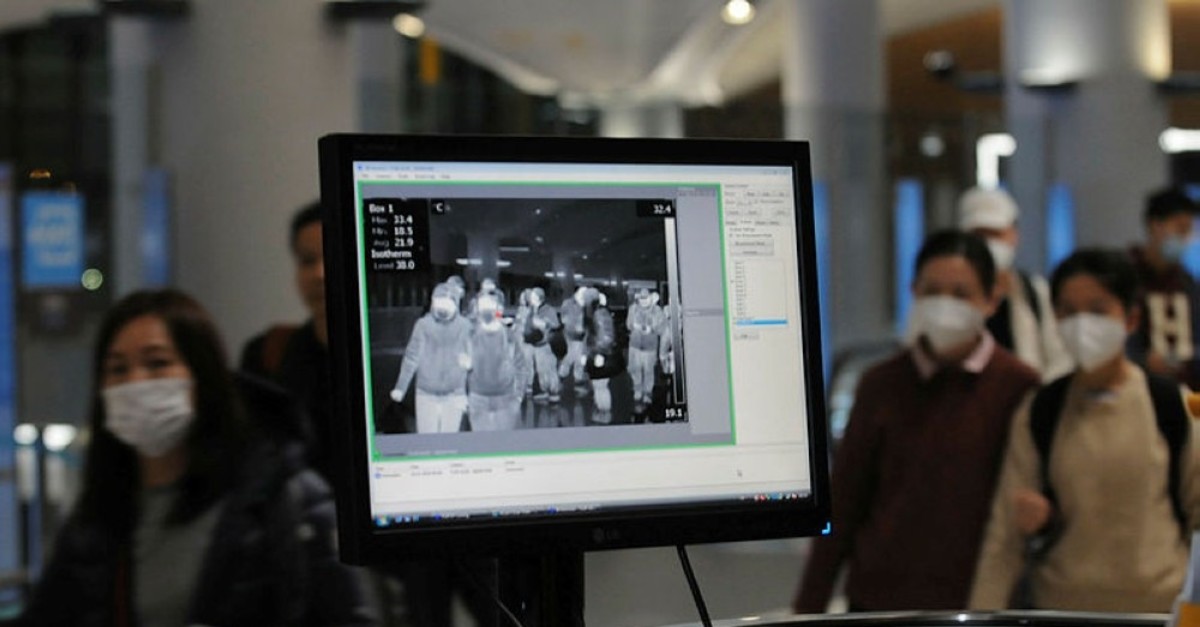 Turkey sent a Chinese passenger back upon her request over concerns she might have the coronavirus, Health Minister Fahrettin Koca said Friday.

"As you know, a Chinese national who had complained of nausea, a headache and uneasiness in Istanbul's Büyükçekmece district was isolated from other patients as a precaution on Wednesday night after it was found she was from Wuhan," Koca told at a news conference.

Koca said although the general condition of the patient was good, her case was considered suspicious due to her travel history. "We sent her back to China this morning upon her request."

Turkish authorities have not yet reported a coronavirus case during screening of travelers from China at airports. In the wake of a deadly viral outbreak which first spread from Wuhan, the capital of central China's Hubei province, travelers are being screened at several airports across the world.

Koca said there was no need to worry as "the coronavirus is less contagious than flu-related viruses."

Koca confirmed that cameras were installed at all airports and that the country has also begun scanning passengers traveling from China with thermal cameras detecting fever, which is one of the major symptoms of the virus.

Now passengers coming from China will be directed to different exit doors and those detected with more than 38 degrees of fever will be sent to special quarantine units for initial treatment.

Istanbul Airport Chief Doctor Aykut Yener Kavak told reporters that the necessary measures were taken by the airport staff starting Jan. 13 adding that from now on thermal camera scanning will be done at the airport.

Kavak noted that there are specially equipped ambulances ready to intervene, and the airport medical staff are ready to dispatch patients with negative pressure stretchers.

A private airline company also canceled its flights between Wuhan and Istanbul on Friday.

China broadened its unprecedented, open-ended lockdowns to encompass around 41 million people Friday to try to contain a deadly new virus that has affected hundreds, though the measures' potential for success is uncertain.

At least 13 cities were shut down, including Wuhan, Ezhou, Huanggang, Chibi, Qianjiang, Zhijiang, Jingmen and Xiantao, all in central China's Hubei province, where the illness has been concentrated. Until Friday, 26 people died in the coronavirus outbreak in mainland China, with most cases recorded in the central Hubei province. The number of confirmed cases of the new coronavirus have risen to 830, the National Health Commission said Friday morning. Authorities were also examining 1,072 suspected cases.