Man claims he was denied French citizenship for pro-Turkey stance 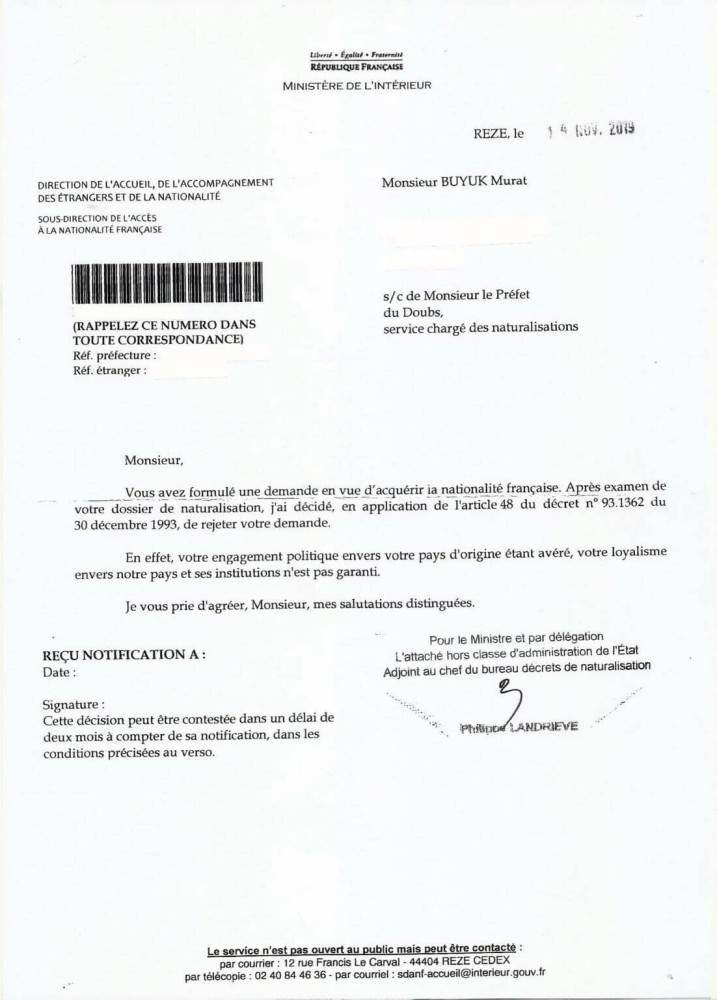 Murat Büyük was only 4 years old when he arrived in France 43 years ago. His ordinary life took a dire turn last year when his application for citizenship was rejected on the grounds that his "loyalty" to France was not guaranteed. His story went viral after a rejection letter by French authorities surfaced on social media, two years after he first applied for citizenship.

He ties the rejection to his social media posts supporting Turkey and his active role in Turkish civil society groups in France. 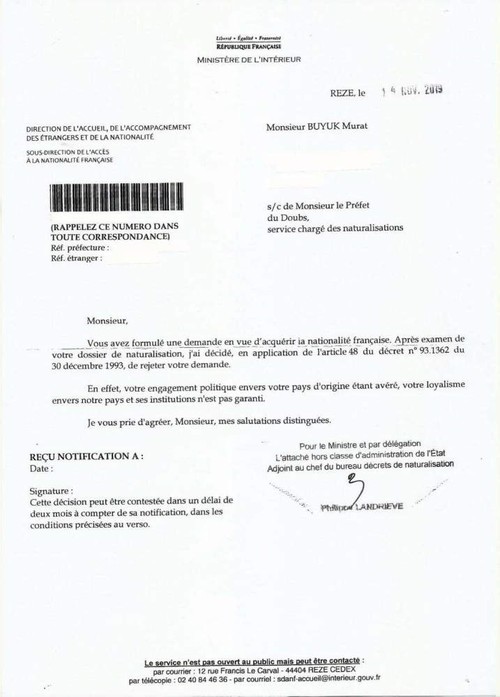 "Your political commitment to your country has been proven, your loyalty to our country and its institutions is not guaranteed," the letter sent by French Interior Ministry to Büyük says.

Büyük claims he was "unfairly" treated. "I was never involved in any crime in France. I worked hard for years and never received unemployment benefits. I don't have any taxes overdue. I speak, read and write French more fluently than French natives and I am more familiar with French culture. They lost an exemplary citizen," he told İhlas News Agency (İHA) on Friday. He said his social media posts involved criticism of "Islamophobia" as well as reactions to the terrorist group PKK and his support for resistance against the Gülenist Terror Group's (FETÖ) 2016 coup attempt in Turkey. "Being denied citizenship for such unfair reasons contradicts with the French image of valuing democracy, human rights and freedom of expression," he said.

He said he received widespread support from his French friends after the incident and some even apologized on behalf of France while supporters of terrorist groups active in Turkey flooded his social media accounts with insults.