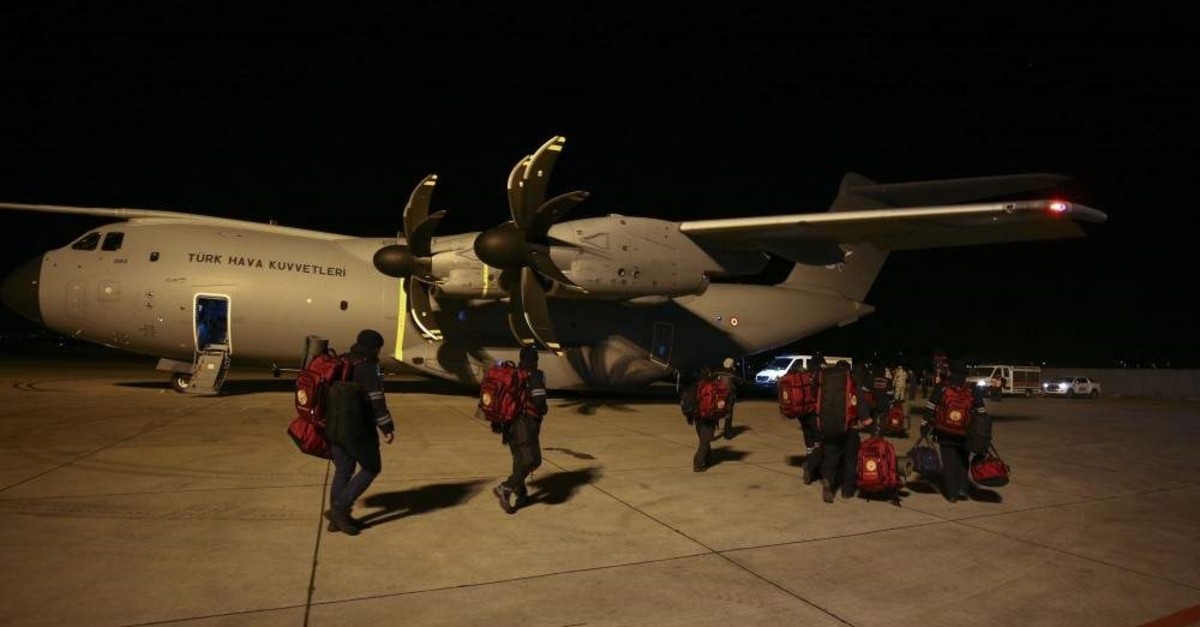 In a matter of hours following a powerful earthquake that hit eastern Elazığ province Friday, Turkey organized an impressive airbridge operation to reach the people in affected areas.

A total of five aircraft were engaged in the operation, according to flight data.

Airbus A400M military transport planes left central Kayseri province in less than 30 minutes after the 6.8 tremor struck at 20.55 p.m. (GMT +3). Three of them flew to Istanbul, while two others went to Ankara.

Shortly before midnight, the jets were already flying toward Elazığ with necessary supplies to help the victims. By 3 a.m. the aircraft returned.

The death toll from the earthquake climbed to 29 Saturday night as rescue crews searched for people who remained trapped under the rubble of collapsed buildings. Some 1,243 people were injured, with 34 of them being in intensive care but not in critical condition, Health Minister Fahrettin Koca said.