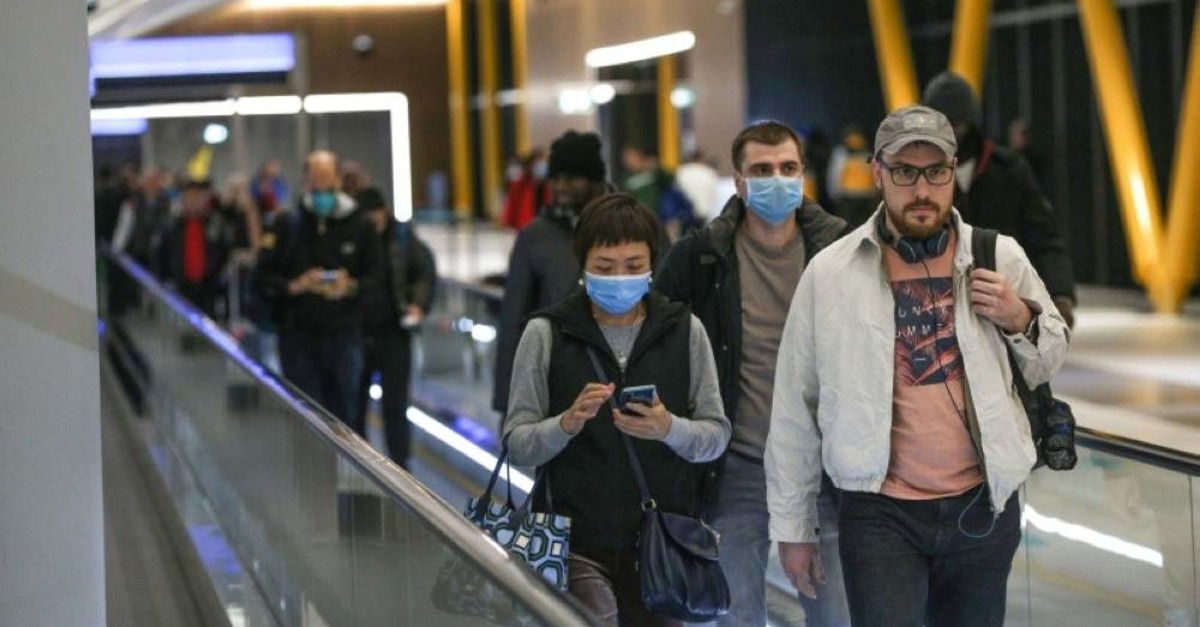 A group of 12 people, 10 of whom are Chinese tourists, were put under quarantine Monday in a hospital in Turkey’s central Aksaray province as Turkey remains on alert over the potential for the recent coronavirus pandemic to spread from China. The tourists were on a tour of Cappadocia, the ancient region near Aksaray which is a popular tourist draw due to its unique rock formations.
Authorities said one of the tourists in the group of 10 was admitted to a local clinic in Aksaray's Sultanhanı district due to incessant coughing. Aksaray Gov. Ali Mantı told reporters that the group, along with their Turkish guide and driver, visited a hospital in central Aksaray due to what they suspected to be a viral infection.
"They are being monitored as a precaution," Mantı said. He also dismissed earlier reports that Chinese workers at a natural gas storage facilities in nearby Lake Tuz were infected with the virus. Kerim Yeşildağ, head of the local health authority, said the quarantining was just a precaution "considering their arrival destination." He said current findings showed they were in good health but health officials would continue monitoring their condition for another day as a safety measure. Health Minister Fahrettin Koca said Monday that there have been no confirmed cases of the coronavirus in Turkey up to this point.

The new viral illness is being monitored with a wary eye around the globe as it continues to spread with cases having been confirmed in more than 13 countries, mostly in Asia, despite China's massive quarantines and travel lockdowns.
Last week, Turkey sent a Chinese visitor back upon her own request over concerns she might have the coronavirus. Authorities have not yet reported a coronavirus case during screenings of travelers from China at airports. In the wake of a deadly viral outbreak which first spread from Wuhan, the capital of central China's Hubei province, travelers are being screened at airports around the world.
Passengers coming from China are being directed to separate exit gates and those detected with a fever of more than 38 degrees Celsius are being sent to special quarantine units for treatment. A private airline company also canceled its flights between Wuhan and Istanbul last week.