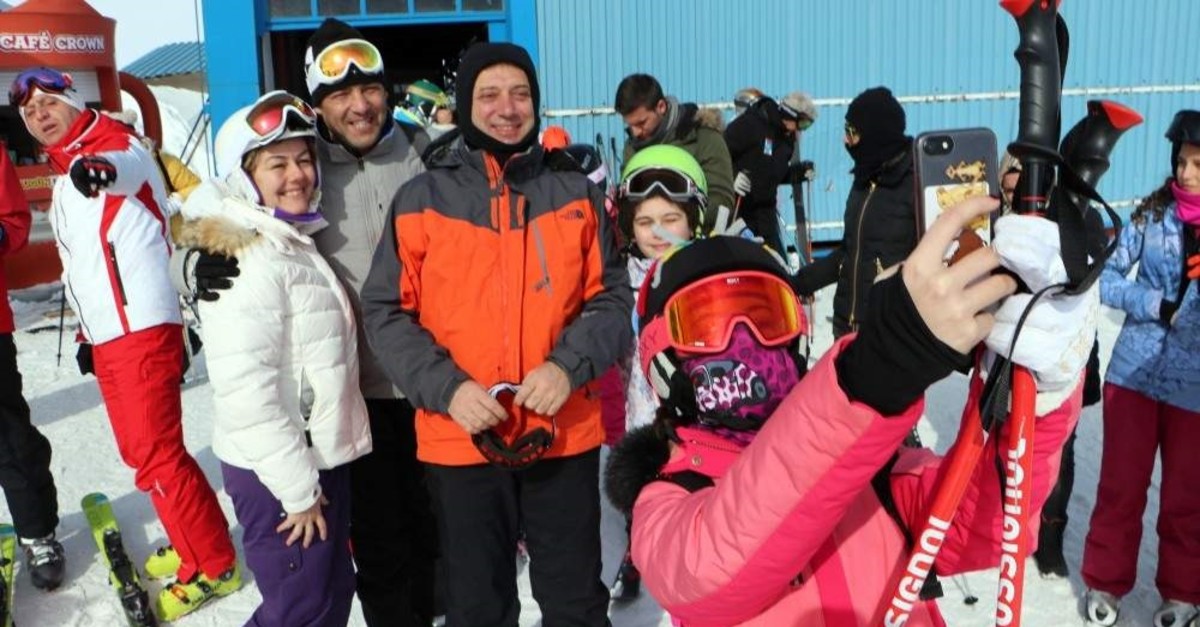 Istanbul's controversial mayor Ekrem İmamoğlu is often criticized for scheduling his vacations at inappropriate times. He is under fire once again for slating a ski trip to eastern Turkey immediately after a brief visit to earthquake-hit Elazığ province.

The mayor was in Elazığ one day after the disaster that killed 41 people. His critics say İmamoğlu solely sought a photo opportunity in the disaster zone where crews from Istanbul municipality joined search and rescue work. İmamoğlu's beaming photos with locals surfaced just hours after the visit, followed not long after by another set of photos, this time showing the mayor in an upscale hotel in Erzurum, an eastern province known for its ski resorts. Though he kept a low profile, İmamoğlu was photographed skiing gleefully with his family at Palandöken ski resort. He posed with fellow holidaymakers on Tuesday.

As the criticism mounted over his attitude at a time of national tragedy, İmamoğlu tweeted in his usual vernacular peppered with grandiloquent words. "We had the pleasure of feeling Erzurum, a world beauty, with my wife and children, on the occasion of the (school) half-term holiday. Every part of our country is a different asset, a different corner of paradise. Turkey should be center of love, not fights," he tweeted. Quoted by Demirören News Agency (DHA), İmamoğlu said Turkey's primary agenda should be the earthquake. "I stayed in Elazığ one night and I felt how concerned people there were," İmamoğlu told reporters amid a break from the photo opportunity with holidaymakers. His wife Dilek İmamoğlu said they barely had time to go on a holiday together. "Our country went through a difficult time. We did what we could and are now with our children here," she said.

Social media was awash with criticism directed at the mayor of Turkey's most populous city, who is also viewed as a potential candidate for future presidential elections by his supporters. "It is not ethical for İmamoğlu to go on a ski holiday at a time of national tragedy," one Twitter user wrote, while another pointed out Turkish customs like postponing weddings at the time of tragic events. Others shared photos of politicians crying at the funerals of earthquake victims, next to a photo of İmamoğlu clutching his ski gear.

İmamoğlu, who was elected mayor last year, is known for his fondness for taking vacations at every opportunity. He went on two separate vacations during his first two months in office, including one during devastating flash floods in Istanbul. The mayor justified his holidays by citing an exhausting election campaign.