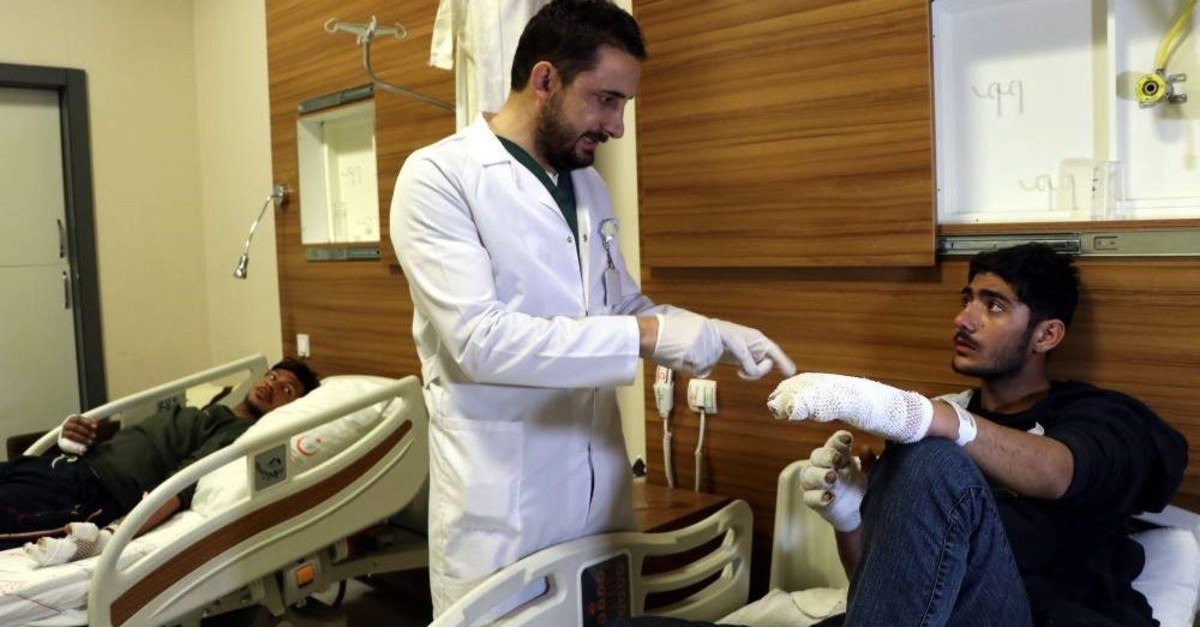 Eight illegal immigrants scammed and abandoned by human traffickers were saved from freezing to death in the eastern province of Van by Turkish security forces, authorities said Tuesday.

The migrants, seven Pakistanis and a Syrian, were immediately transferred to a hospital as they were found near a highway with severe frostbite on their hands and feet.

According to officials, the migrants were saved by drivers who alerted the police when they noticed them walking next to the highway.

The migrants said they embarked on a journey 15 days ago from Pakistan in hopes of reaching Istanbul to work, but the smugglers abandoned them near the Turkish border in Iran, which they crossed on foot.

Speaking to reporters, the doctor treating the migrants said he expected them to make a full recovery. "They were immediately given care by our emergency service. Severe frostbite was noticed on the hands of all the migrants. We began treatment immediately with our plastic surgeon as there was a real risk of gangrene. Then they were treated for ice burns at our burn care facility. Some of the migrants also suffered frostbite on their feet," Dr. Sebahattin Çelik said.

Either fleeing poverty or prevailing conflicts, thousands arrive in Turkey every year for safe haven or to take their chances at illegally crossing into Europe. Turkey shares maritime and land borders with Bulgaria and Greece, making it a prime transit country for illegal migrants.