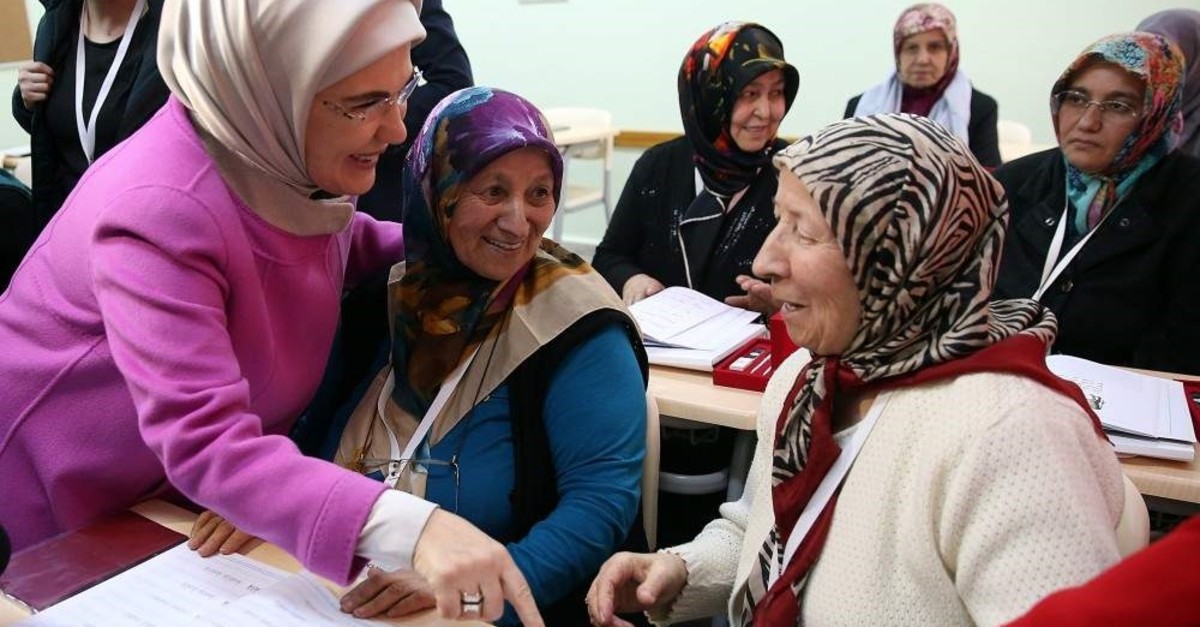 The campaign, coordinated by the Ministry of National Education, has set up adult literacy courses at lifelong learning centers across the country. As of February 2018, authorities accelerated efforts to reach out to citizens denied the chance to develop their reading skills, with courses organized everywhere from schools to prisons, hospitals and the homes of elderly citizens. Some 1.01 million people attended the basic literacy courses between 2018 and 2019. For more than 822,000 among them, the literacy classes were the first time they attended such a course. Women made up a majority of literacy students.

The government has also launched an online education portal for those attending literacy classes, publishing videos to help them advance their literacy levels. The classes have also welcomed refugees and foreign expatriates living in Turkey.

Education levels in Turkey are higher than they have ever been, although there still remain more than 2 million people considered illiterate, according to unofficial figures. Although access to education has increased, there remain girls – particularly in rural areas where every family member must work to earn a living at a young age – who are taken out of education by their parents. In more isolated parts of the country, this is coupled with an ultraconservative patriarchal mindset that disapproves of girls being educated, pressuring many to drop out after completing their mandatory primary education.

Turkey has stepped up measures against families who force their children out of school in recent years, first by introducing a mandatory 12-year education and by conducting more inspections of households with children of a school age.
RELATED TOPICS