No cases of coronavirus have been confirmed in Turkey, minister says 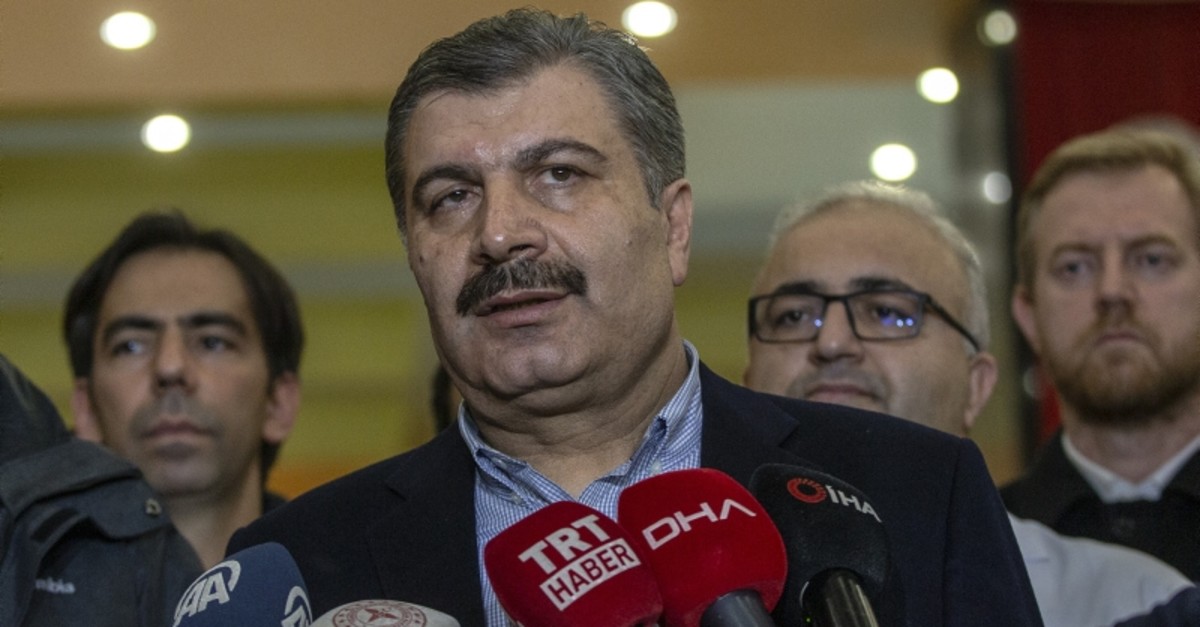 Health Minister Fahrettin Koca said Friday that no cases of the coronavirus have been confirmed in Turkey.

"In the case that the virus is detected, we have sufficient resources to deal with it safely," the minister repeatedly assured during a news conference.

Koca added that 11,000 passengers arriving from China have been checked with thermal cameras, and they have not encountered any suspected cases of the coronavirus. He said that samples had been analyzed from 68 people across several provinces of Turkey, but all of the tests had come back negative for the virus.

The minister said that none of the Turkish evacuees from China's Wuhan were found to be infected, noting that all of the passengers and staff arriving from Wuhan would be kept in isolation for 14 days to ensure that they are not infected with the coronavirus.

Koca said the cargo plane that will evacuate the 34 Turkish citizens will depart from Ankara within a few hours. The plane will also bring seven Azerbaijanis, seven Georgians and one Albanian, he added.The coronavirus, which originated in China's Wuhan city, is said to have been transmitted to humans from animals, particularly bats.

The death toll in China from the novel coronavirus outbreak has climbed to 213, the National Health Commission said Friday.

Some 9,692 confirmed cases of pneumonia caused by the coronavirus, also known as 2019-nCoV, have been reported in China.

The virus has raised alarm globally, with cases reported across Asia, Europe, the U.S. and Canada.

Travelers from China are being screened for the virus at airports worldwide. Several airlines, including Turkish Airlines, have suspended flights to Wuhan and other parts of China.

At an emergency meeting Thursday, the World Health Organization declared the outbreak an international emergency.