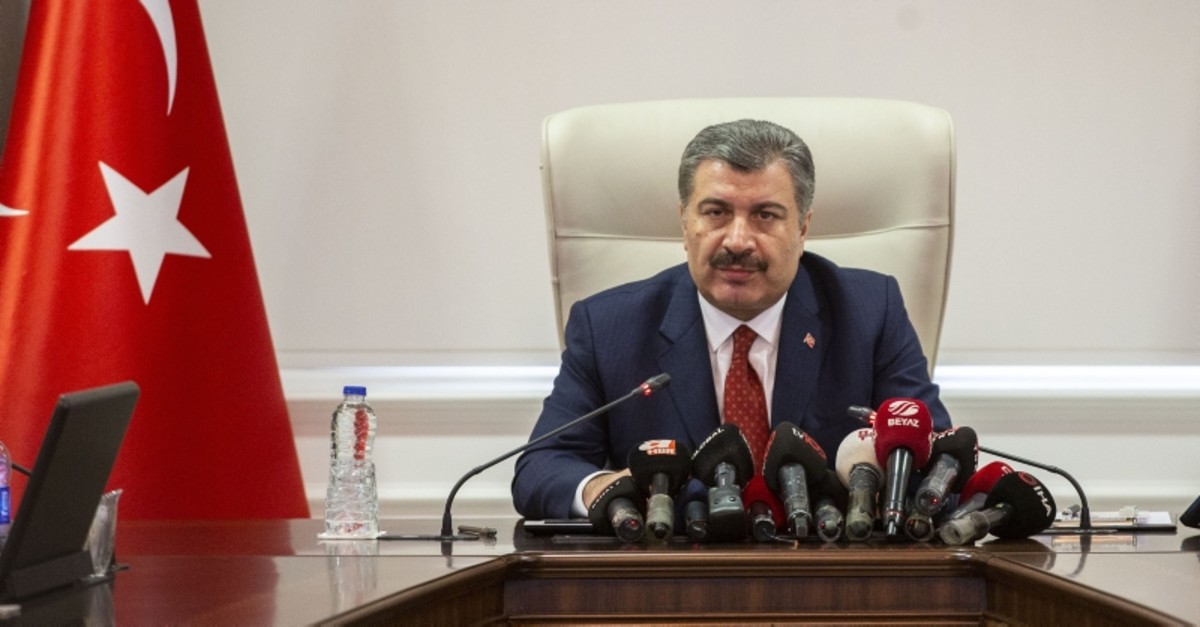 Health Minister Fahrettin Koca announced Monday that none of the 61 people Turkey evacuated from Wuhan, the epicenter of the deadly coronavirus outbreak in China, tested positive for the virus. The minister added, however, that they would remain in quarantine for 14 days as a precaution. The country also decided to suspend all flights from China, starting Wednesday until the end of February.

Turkey wrapped up an evacuation operation from Wuhan Saturday, airlifting 42 people, including Turkish, Azerbaijani, Albanian and Georgian nationals. Sixty-one people, including crewmembers of a military cargo plane and doctors accompanying the evacuees, were placed in quarantine in an unused hospital in the capital Ankara.

It was one of the first countries in the world to implement comprehensive measures against the outbreak that has claimed the lives of 362 people so far. Turkish Airlines (THY) and Chinese carriers operating flights connecting Turkey and China announced the suspension of flights last week, but Koca said Monday that flights originating from China will be suspended until the end of the month starting Wednesday. “As the number of cases increased, we decided to suspend the flights. We will reevaluate the situation at the end of the month if the flights resume,” he said. Cargo flights, however, will continue. On Monday, THY's senior vice president for media relations, Yahya Üstün, said Turkish Airlines is maintaining communication with all national and international authorities regarding the coronavirus and has halted all flights to China's Beijing, Guangzhou, Shanghai and Xian until the end of February.

Thermal cameras were also installed at airports to monitor passengers from China, and the minister announced that the practice has now expanded to include passengers from Japan, Taiwan, Thailand, Hong Kong, Singapore, South Korea and Malaysia. “We are certain there are no coronavirus cases in Turkey, but we have to act sensibly when it comes to visitors. We will continue thermal screening for arrivals from other countries,” he said. The minister reassured the public about safety from the outbreak, especially as the school year has resumed and millions of students head back to school. “Parents should not feel anxious and just follow the instructions in the leaflets that contain precautions we distribute at schools,” Koca said.

Chinese Consul General to Istanbul Cui Wei said Monday that 362 people have died, 17,335 are infected, 21,558 are suspected to be infected and 521 patients have been discharged.