Snow forecast for Turkey's Trakya after prayer for rain 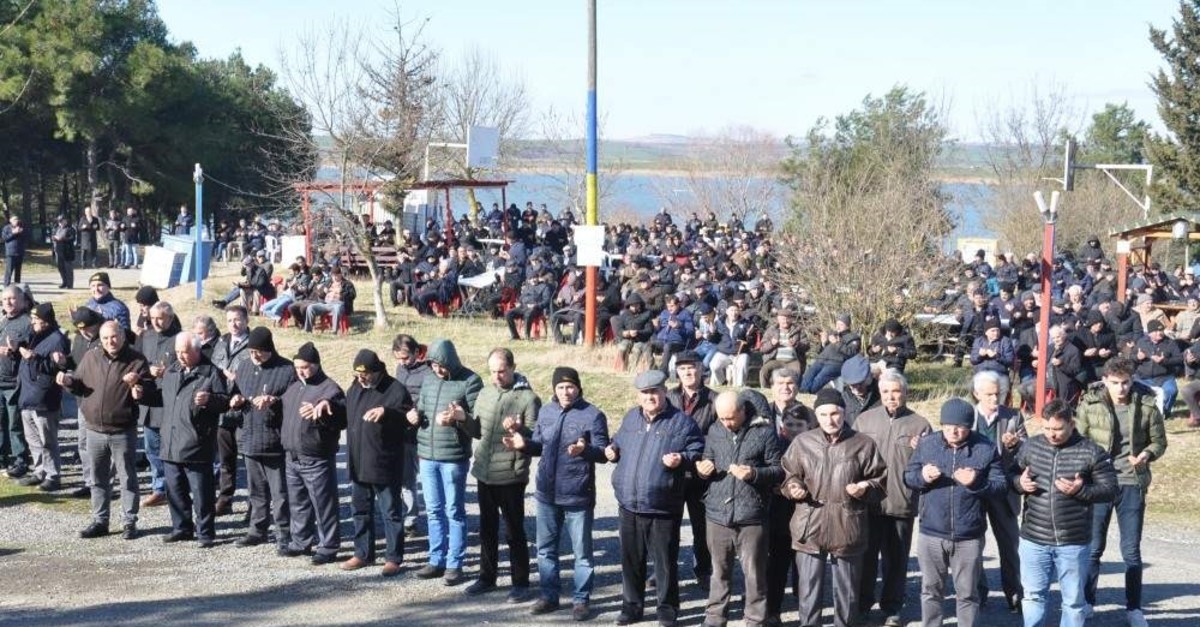 Some 3,000 people joined a prayer for rain in Malkara district, Tekirda?, Jan. 31, 2020. (DHA Photo)
by Daily Sabah Feb 03, 2020 6:36 pm
An unusually dry winter drove farmers to pray for rain the past two weeks in Trakya in northwestern Turkey. Just one day after a group of farmers, joined by the pastor of a Bulgarian church, organized a prayer session in Edirne city for rainfall in the region, meteorology experts announced a cold, rainy forecast for Wednesday in Trakya. Sleet set to start early Wednesday will turn to snow by Wednesday evening – good news for farmers complaining of the low water levels in rivers and dams, leaving crops without sufficient irrigation.

Cold weather may also bring a late first snowfall to Istanbul. Meteorology services predict rain ensued by snow starting Thursday morning due to a weather system from the Balkans, which the Trakya region neighbors. On Friday, another weather system hailing from the Black Sea will bring more snow to the city, predicted to last until late Saturday.

Temperatures will drop by as much as 15 degrees below normal seasonal temperatures through Monday. Meteorology services also warn of storms looming for Wednesday and Thursday.
RELATED TOPICS