Turkish 'girl with yellow bag' a hope for stray animals 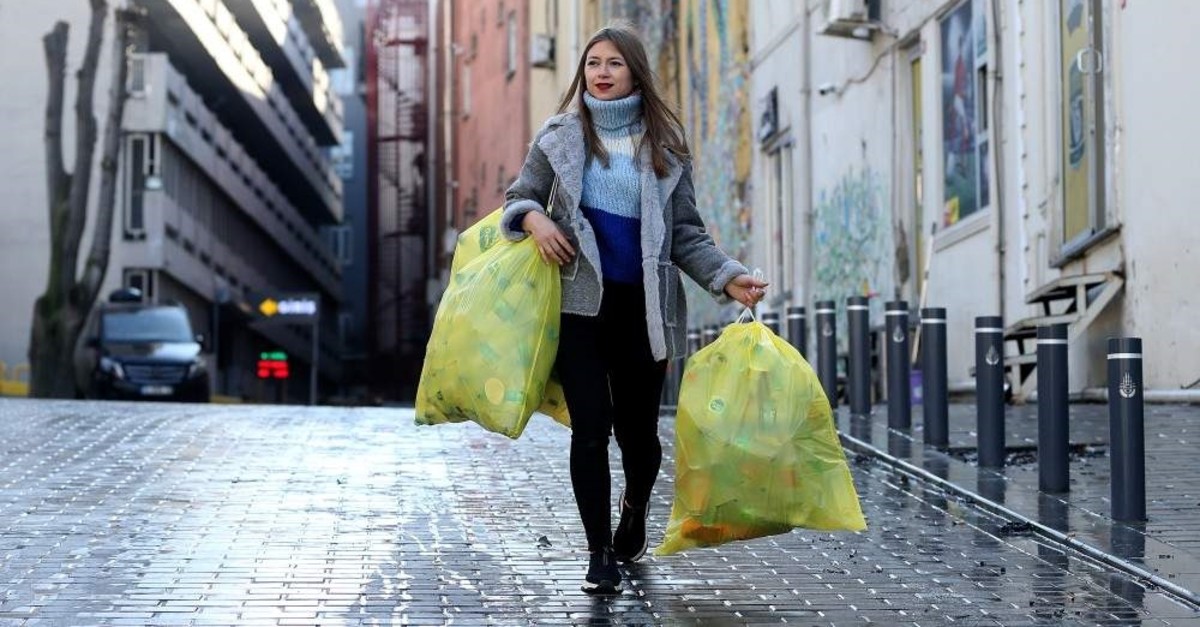 by Daily Sabah Feb 03, 2020 6:36 pm
Ceren Baştürk is a familiar face for residents of Galata and Şişhane, two Istanbul neighborhoods she tours with her two yellow bags almost daily. "The girl with a yellow bag," as she is known, collects plastic bottles to fund her work to buy and deliver food to stray dogs and cats. The 25-year-old postgraduate student enlists the help of a smart device to turn bottles into cash. Using the municipality's automated devices that allow topping off an electronic bus fare card in exchange for depositing plastic bottles, Baştürk tops off her İstanbulkart. Instead of using it as bus fare, she shops for food for stray animals from grocery stores with her İstanbulkart.

Baştürk said she also wants to deliver aid to the homeless and is asking for public support to fill her bags for aid.

"I started this about nine months ago and was carrying different colored bags at first. When people got curious, I decided to use a yellow, transparent bag so people now know I am collecting bottles and help me in collecting them," she told Anadolu Agency (AA) on Sunday. As more people got to know her, business owners in Galata and Şişhane started saving bottles to give to Baştürk. "Some people even bring bottles from home," she said.

"I want to do more than that. I want to provide aid for people too. For example, a bakery could give me 100 loaves of bread, and I could deliver them to people in need. Or I could deliver books to children who cannot afford them," she said.
RELATED TOPICS