Loans for villagers may curb migration to cities in Turkey 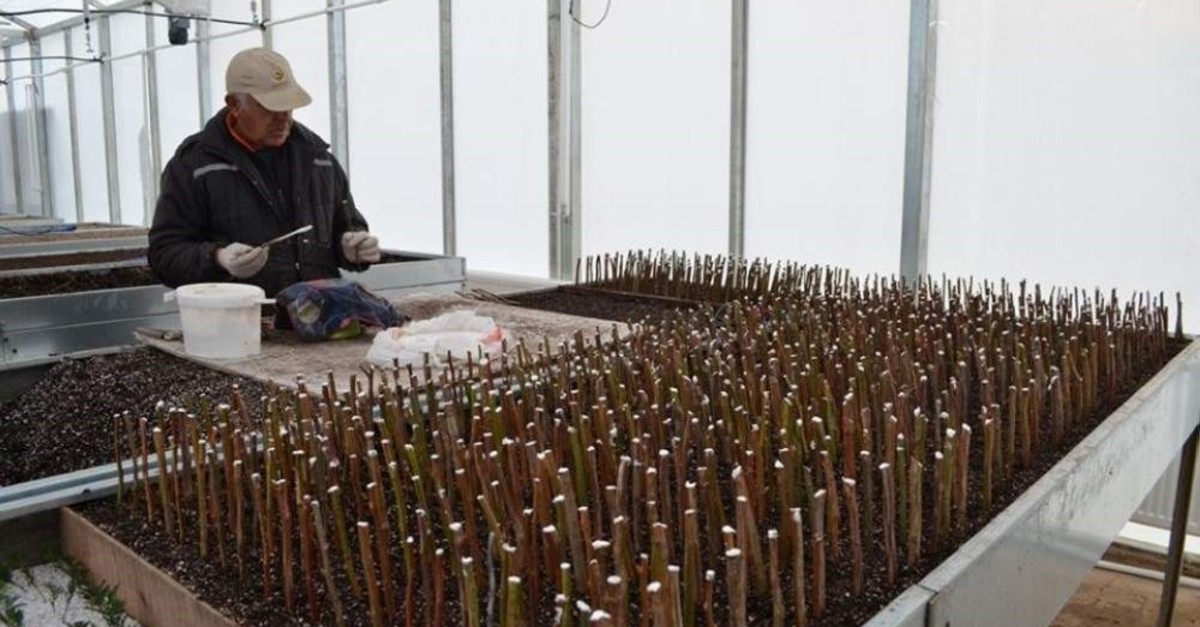 A villager looks at saplings at a sapling plant run by the local agriculture authority to support forest villages, Feb. 2, 2020. (IHA Photo)
by Barış Şimşek Feb 05, 2020 4:39 pm
As the population swells in big cities with more people from the villages pursuing a new way of life, the government moves to make villages once again sustainable for living.

The Ministry of Agriculture and Forestry opened up its coffers particularly for residents of villages thriving on forestry and will supply them with TL 40 million as a grant and another TL 162 million in loans this year.

The government is set to roll out a series of measures for self-sustainable forest villages as part of the sustainable development of forests across the country. Measures aim to address the socio-economic needs of villagers and will support all projects for creating employment and income for villagers. This year, the ministry will give grants and loans to 10,700 households.

Turkey is home to 22,948 forest villages populated by about 7 million people. Lack of social development, limited access to basic public services and deteriorating conditions in which to make a living push many to move to cities. The government seeks to reverse this trend by financially supporting these villagers and the cooperatives that they set up. The Ministry of Agriculture and Forestry has a department dedicated to addressing the issue. The Forestry and Village Affairs Department (ORKÖY) gives out "social and economic" loans for residents of forest villages, to improve their life quality and improve income levels.

Villagers engaged in livestock breeding, beekeeping and social projects will be entitled to interest-free loans. Loans for other purposes will also have one-tenth of the interest usually allocated for agricultural loans by state lender Ziraat Bank.

Also through other programs such as "Young Farmers" and "300 Sheep," two projects giving loans and livestock to returnees, the Ministry of Agriculture and Forestry aims to boost agriculture in Anatolia while relieving the cities of their oversized population. The Young Farmers project, for instance, hands out loans up to TL 30,000 for people between the ages of 18 and 41 with a small investment in agriculture. The 300 Sheep project, as its name implies, involves the delivery of 300 sheep to breed to families of farmers returning to their villages from cities to which they migrated, along with a small wage for those tending livestock. The government also endorses small-scale agricultural establishments with funds. Rural development takes a significant place in Turkey's 11th Development Plan approved by Parliament last year. Agriculture is prioritized in Turkey's future development, and the plan includes boosting support for agriculture. For example, the state plans to pay extra fees to livestock breeders for every calf and kid used in breeding more animals.
Last Update: Feb 05, 2020 5:41 pm
RELATED TOPICS