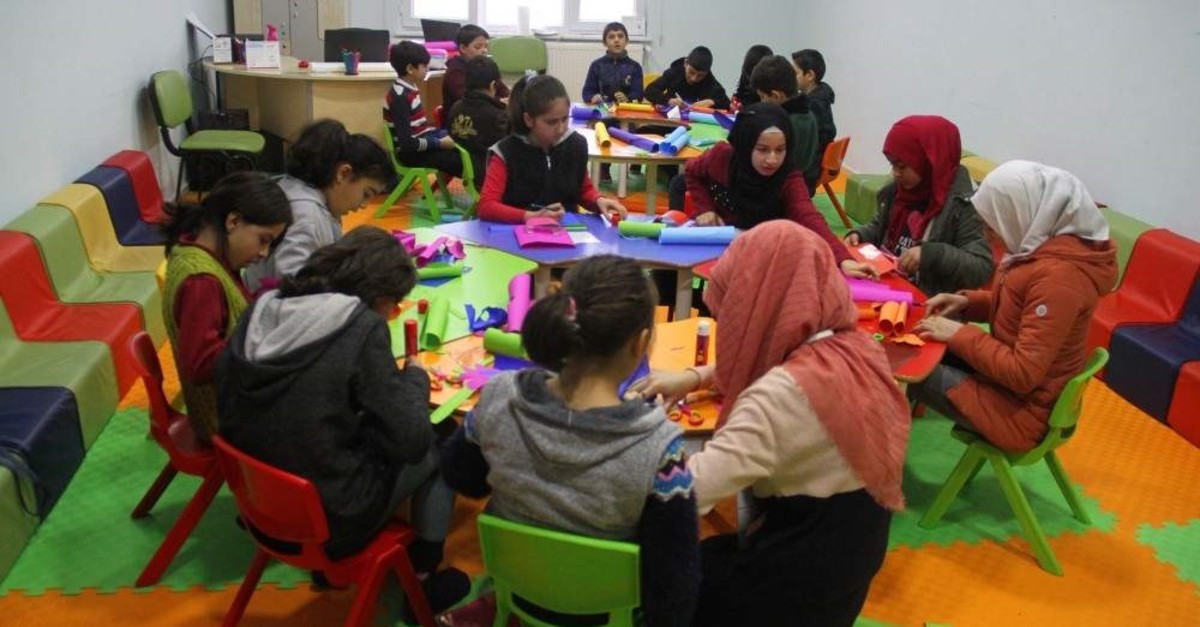 Already at the forefront in humanitarian assistance to Syrian refugees, Turkish Red Crescent also seeks to help the community to adapt to their new life in Turkey.

Community Centers they set up serve this purpose and in five years, 1.2 million people, mostly Syrians, benefited from services offered by the centers. Bayram Selvi, acting director for the charity's migration services, said a majority of the Syrian refugee population in places where centers are located, visit them. The organization also aims to open more centers, he said.

The idea to set up centers was a result of an international aid federation Red Crescent was a member of and consultations with the European Union which funds the centers. The first one was opened in the southeastern province of Şanlıurfa which sits on the border with war-torn Syria, in 2015. Since then, 15 more have opened across Turkey.

Advice on health issues, monitoring vaccination, training on personal hygiene and awareness training on several social issues are among the primary services offered by the community centers. More importantly, they serve as places where Syrian refugees can seek help.

"Women, children, everyone from the community come here and tell our staff about problems they face, and we try to help them as best as we can," Selvi says, adding that they wanted to help Turkey's migration management.