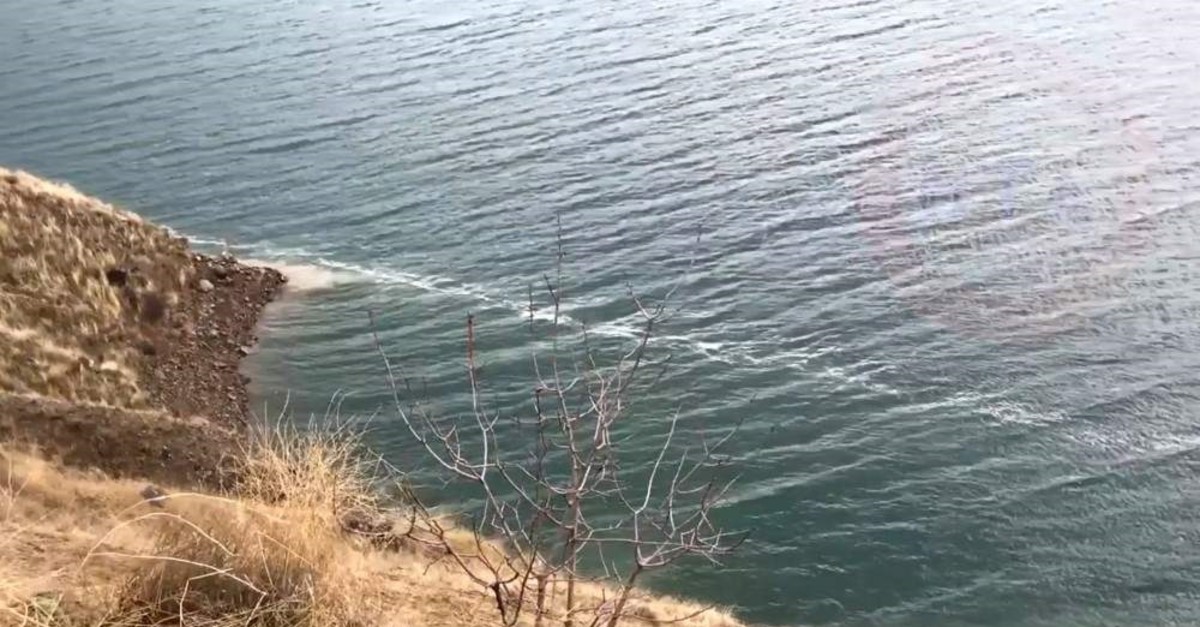 | AA Photo
by Daily Sabah Feb 08, 2020 3:34 pm
A white lineament was formed in a reservoir in eastern Turkey along a surface rupture that appeared as a result of the 6.8-magnitude tremor that struck Elazığ province last month, killing 41 people and injuring more than 1,500 others.

The trace on the surface of Karakaya Dam Lake was spotted by researchers at the General Directorate of Mineral Research and Exploration (MTA), who were conducting a study of geological structure of the damage from the quake.

The "unique" occurrence has allowed scientists to clearly see where the active fault line lay.

"In this area, where the Eastern Anatolian Fault passes from Euphrates River to the southern coast [of the reservoir], a great lineament has occurred on the water surface, possibly due to water or gas outflow from the surface rupture at the bottom of the Euphrates River," one of the scientists said.

The 1-kilometer-long line stretches from one shore of the lake to the other.

Earthquakes are frequent in Turkey, which sits atop two major fault lines.

The city of Elazığ has been hit by fatal quakes before – a magnitude 6.0 earthquake killed 51 people there in 2010.

Turkey's worst quake in decades came in 1999, when a pair of strong earthquakes struck northwest Turkey, killing around 18,000 people.