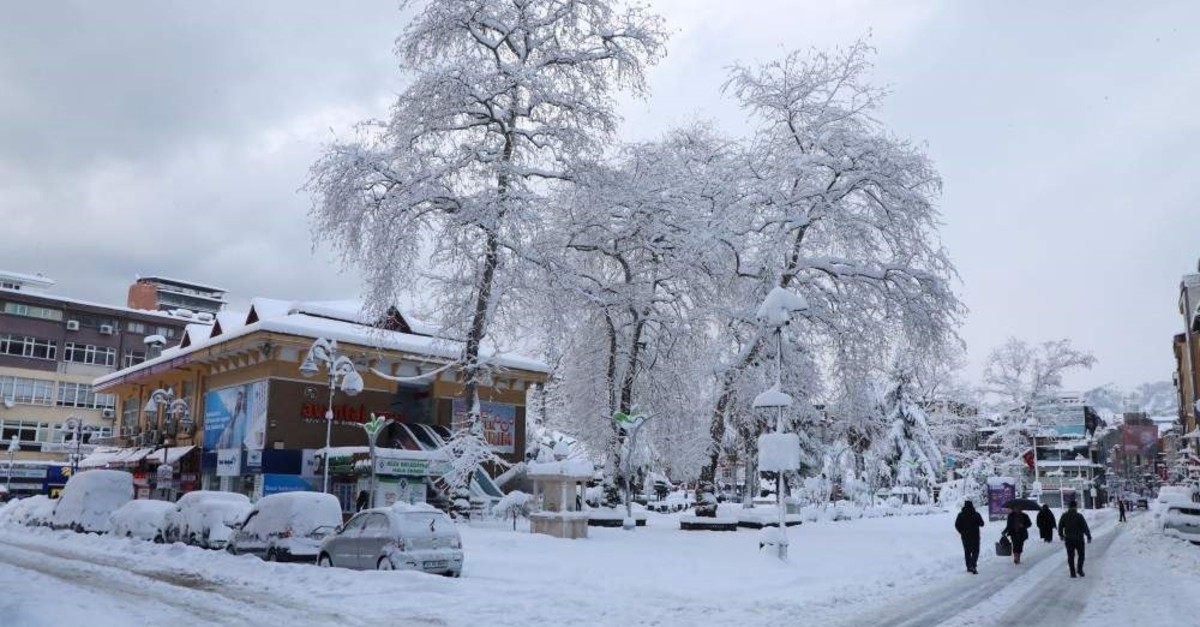 The eastern Black Sea's Trabzon and Rize provinces were especially hit hard, with parts of the provinces seeing snow more than a meter of snowfall. The governorate of both provinces announced schools would be closed for two days.

The warnings and precautions come after avalanches become a security concern among citizens following the death of 41 people in two avalanches in eastern Turkey's Van province.

The victims died in two avalanches Tuesday and Wednesday at the same location, on a road connecting the eastern province of Van to its Bahçesaray district.

The second avalanche claimed the lives of 36 people, including search and rescue crews dispatched to the area to search for the passengers of a minibus buried under piles of snow from the first avalanche.

Search and rescue efforts were paused Friday to locate the last missing buried under the snow. With snowfall continuing throughout the weekend, authorities failed to resume search efforts Sunday. The Van governorate also announced schools would remain closed on Monday.