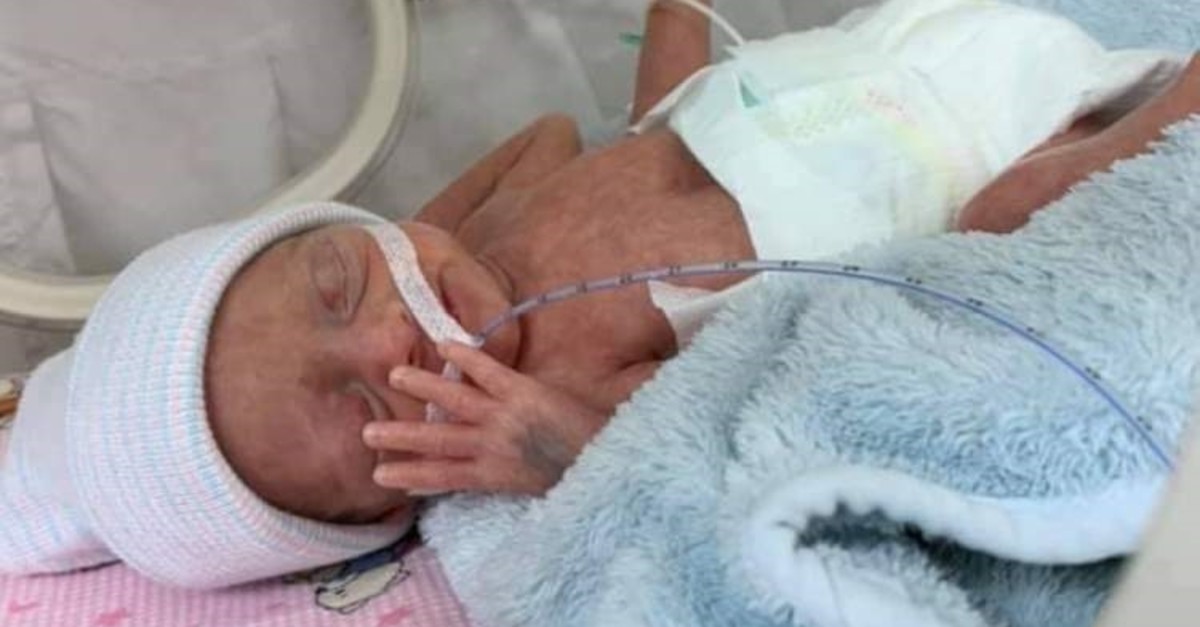 Alicia has been in intensive care at a hospital in Antalya. (AA Photo)
by Compiled from Wire Services Feb 12, 2020 1:19 pm

The Health Ministry has offered help to a Swedish couple who have had trouble affording their hospital expenses for their ailing infant. Alicia, the daughter of Ida Svarvarefelt and Ted Nyquist, a couple living in the southern Turkish town of Alanya, Antalya, was born in January with a series of health problems from brain hemorrhages to infection. She was placed in intensive care at a private hospital.

The couple, who moved to Alanya last year, could not afford the hospital fees that amounted to TL 1,500 a day and started a social media campaign to fund the treatment.

The campaign soon found support from Turkish expatriates in Sweden who contacted Health Minister Fahrettin Koca. Koca instructed local health authorities to transfer Alicia to a state hospital in Antalya. The couple thanked Koca and those who helped spread their campaign online.