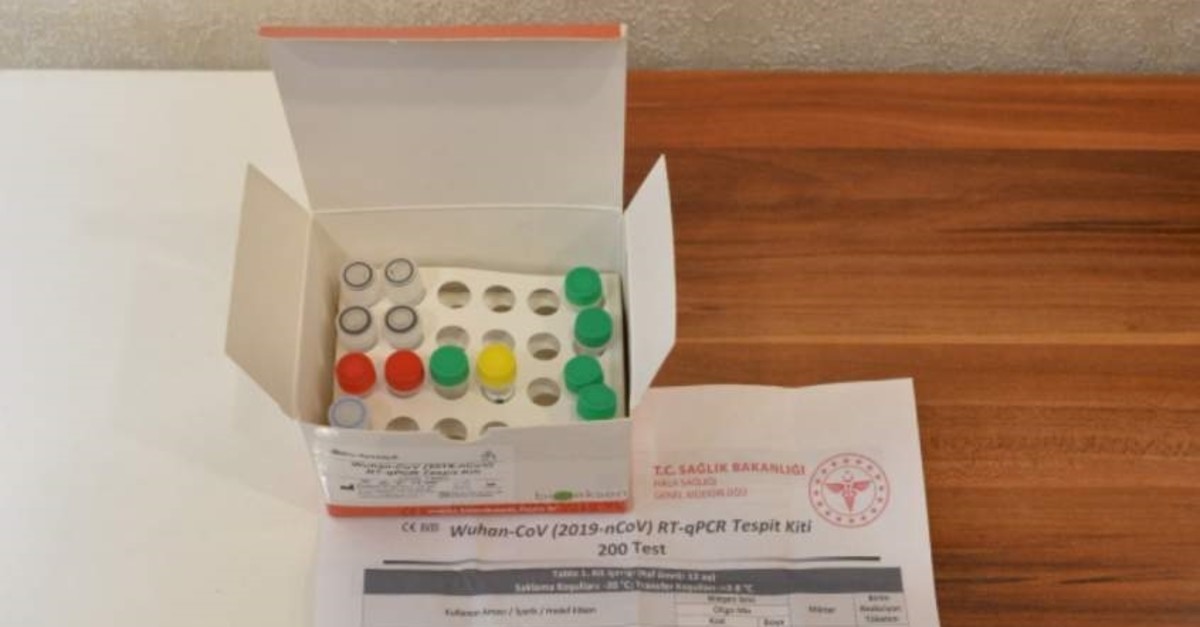 A diagnostic kit developed by Turkey to identify coronavirus cases will be sold abroad, Turkey's health minister said on Wednesday.

"It is also planned as a commercial kit and will be sold abroad," Fahrettin Koca told reporters in parliament, underlining that the team who developed the kit had focused on cutting down the time needed for diagnosis.

"The goal was to reduce the time to between 60-75 minutes. It would probably be 75 minutes," he said.

He stressed that the diagnosis time for the previous kit had been between 90 minutes to 120 and the diagnosis kits for coronavirus in Germany, France and the U.K. do not give results before three hours.

No cases in Turkey

"No coronavirus patient has been confirmed in the country (Turkey) so far and the risk is lower now," he said, adding that all possible precautions had been taken to prevent the disease from entering the country.

He cited Turkey's use of thermal cameras at its airports and its quarantine system it instituted before the World Health Organization's (WHO) proposal, as well as its prevention of the entry of live animals and similar products from abroad.

The death toll in China from the coronavirus outbreak has risen to 1,114, according to the country's National Health Commission.

The virus has spread to more than 20 other countries including the U.S., U.K., Singapore, France, Russia, Spain, and India.

Many countries, including Turkey, have evacuated their citizens from the city of Wuhan – the epicenter of the virus – and other affected areas of China, placing them in quarantine medical monitoring.

The WHO has declared the outbreak an international health emergency.