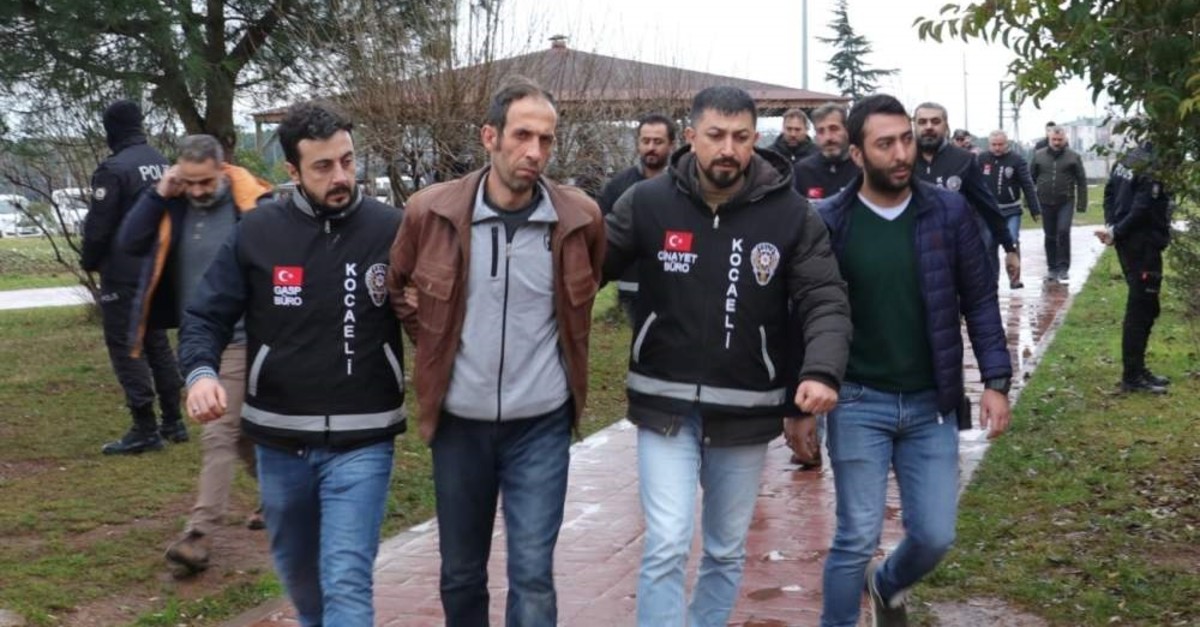 A Turkish court on Thursday ordered prison terms from life to eight years for members of a family whose worrying behavior had only two years earlier raised eyebrows across the country as part of a reality TV program.

The court in Kocaeli in northwestern Turkey, handed the family's son-in-law Tuncer Ustael a back-to-back life sentence for the murder of his sister-in-law Meryem Tahnal 12 years ago. Ustael's wife Emine, her mother Hava and Hava's sons İsa and Ayşe Palu were all sentenced to prison terms ranging from between eight years and 12 years.

The Palu family, who made various appearances on a reality TV show dedicated to the topic of missing persons, had accused Ustael of killing Meryem Tahnal and Melike Tahnal, daughter and granddaughter of family patriarch Harun Palu, the sole member of the family not charged with any crime.

They had accused Ustael of extorting their money and manipulating them with the help of jinns – spirit-like beings capable of mischief in accordance with traditional Islamic beliefs. Ustael and his wife Emine denied the allegations in a series of TV shows watched by millions, which went viral online due to the strange revelations given by the family members. In a previous hearing, Meryem Tahnal's sister also accused Ustael of raping her.

The prosecutors asked for back-to-back life sentences for Ustael on the charge of torturing Meryem Tahnal to death. He was also indicted for abduction and credit card fraud, while others were accused of aiding and abetting the murder suspect, as well as kidnapping charges. Meryem Tahnal disappeared in 2008, one year before her daughter Melike disappeared. Neither were found despite extensive police searches of an area where Ustael claimed the two women were buried. Ustael himself denied that he had killed the mother and daughter. He denied charges again in the last hearing. His wife Emine sided with him and claimed her mother Hava had unfairly accused Ustael "to hide her own crimes." Other defendants claimed their innocence, telling the court that the "witnesses" were mistaken.

Hava Palu had claimed in earlier hearings that the family was under the influence of Ustael and did whatever he told them, turning a blind eye to his multiple beatings of Meryem Tahnal. "He scared us by saying he would unleash jinns upon us if we didn't do what he said. We gave him money whenever he wanted. One day, he ordered us to leave our house and live in a car with him, claiming the protection from jinns," Palu told the court, claiming she used to hear "noises" from the roof of her house, pointing to "jinns." She said Meryem Tahnal was living in the car with them too until they found her corpse one day, claiming Ustael beat the woman severely prior to the discovery of her body.

She said her son İsa helped Ustael to bury Meryem Tahnal, and Ustael ordered them not to tell the police. Other family members, including İsa and his brother Fatih, corroborated their mother's testimony. Hava Palu's other daughter Ayşe Palu said Ustael once had "intercourse" with her, claiming he would "exorcise her jinns." "He always threatened us with jinns, and we had to do whatever he told us to do so for fear of jinns," Ayşe Palu has said.